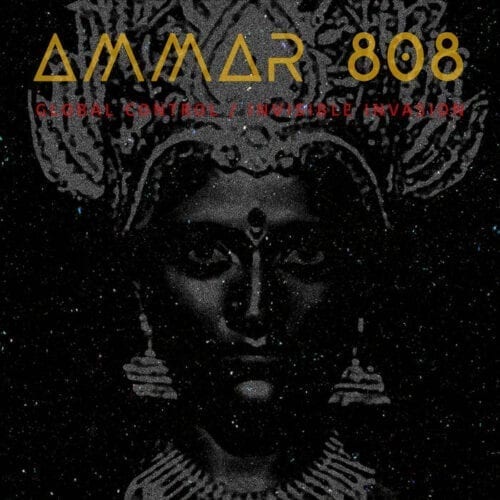 Ammar 808’s album of two years ago, Maghreb United, was a worldwide success. Sung by Tunisia’s Cheb Hassen Tej, Algeria’s Sofiane Saidi, and Morocco’s Mehdi Nassouli, the traditional Maghrebi songs and electronic music of Sofyann Ben Youssef (his real name) were a good match and irradiated the dancefloor. More recently, the Belgian-Tunisian producer assumed his pseudonym again, putting aside his North African roots to explore Carnatic music this time. More precisely, this excellent album was recorded in Chennai, a mega-city in Tamil Nadu. Fascinated by the classical music of southern India, Ammar 808 captured its immeasurable formal richness and spiritual depth. He studied in New Delhi in his early twenties and has since nurtured a passion for Indian classical music, both North Indian (Hindu) and South Indian (Carnatic). Predisposed, perhaps? Shortly before the global pandemic, over 24 intense days in Chennai he recruited top local artists, and adapted their polyrhythms and Tamil songs inspired by Hindu mythology. The rhythmic patterns are strongly supported to create a false impression of simplification of this eminently complex music, to magnify the impulse and make it more intelligible in a context of global sound. The voices of guest singers are electronically filtered, traditional instruments and drone effects are transformed by digital tools, and the result is Global Control / Invisible Invasion. According to the musician, “global control” and “invisible invasion” are metaphors that are both very old and very current: “In the Hindu belief system, the invisible invasion happens in the brain, the soul. We’re invaded without ever seeing it externally, and this system decrees our fate. And usually we embrace it, instead of fighting against it.” Yes, we do! Hence the idea of a rich planetary culture that permeates us, one which we should embrace rather than repel.