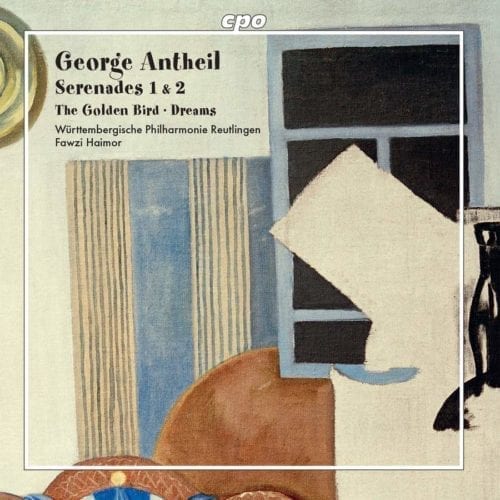 It was during the 1920s that the American pianist and composer George Antheil (1900-1959) moved to Germany, then to France, to develop his undeniable creative potential. Like many of his compatriots, he met a good number of creators, thinkers and artists of all kinds. Very quickly, Antheil built himself a reputation as an enfant terrible, and cultivated an aura of admiration among the composers in vogue at the time, including Darius Milhaud, Erik Satie and, for a time, even the great Stravinsky.

In 1933, seeing the rise of Nazism and the potential ostracization of his works, Antheil decided to return to the United States. The aesthetic and avant-garde boldness of his music that he had shown during the roaring twenties gradually dissolved, giving way to a resolutely neo-classical language. It’s this period that’s examined in this recording of some of the composer’s many orchestral works, which were, incidentally, very prolific.

The Württembergische Philharmonie Reutlingen offers us here four works, heavily influenced by the Group of Six, by Stravinsky of the 1930s, American rhythmic music, and Shostakovich’s Suites for Jazz Orchestra. This seemingly heterogeneous profusion of influences creates a result that is far from uninteresting, without showing any real originality. Fortunately, the musical inspiration of the members of the orchestra and its conductor, the American Fawzi Haimor, infuses these pieces with a palette of colours and a liveliness of sound that should thwart the detractors who think that Antheil wasted his true talent.