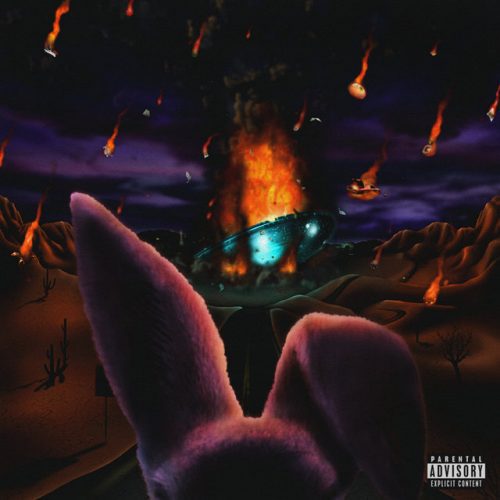 Coming off of a few collaborative albums, $oul $old $eparately is Freddie Gibbs’ first solo album in nearly four years. This 14-track album, including one bonus song featuring the legendary Scarface called “Decoded,” is a blend of production that we are used to with Gibbs’ frequent collaborations with the likes of Alchemist and Madlib, while successfully branching out into its own unique vibe at times as well. With the inclusion of comedic, mock voicemails being left on Gibbs’ phone by his label and unexpectedly Joe Rogan, which had me howling, as well as the “SSS Resort and Casino,” bit being laced throughout the project, it blends every song together nicely and gives somewhat of a throwback feel without coming across as dated. It inspires the consumer to want to listen to SSS front-to-back, in order, which is a rarity in today’s climate of singles streaming. It’s refreshing.

SSS is home to consistently smooth productions that mend together quite nicely. Gibbs’ rhymes have not missed a step and also show signs of some evolution; him rapping faster than he is generally known for on a few of the tracks, as well as showing off his range of emotional cadences and flows on occasion as well. Objectively speaking, the best song on SSS, is “Too Much” featuring Moneybagg Yo. Gibbs’ flow is immaculate on this track and the slight use of auto-tune feels like butter in your ears. The beat is unreal and the way the two emcee’s directly play off of each other’s verses while keeping their own style on point is a huge W for both artists. Although being the main single and more “mainstream” sound if you will, it still blends perfectly with the rest of the album. Most albums today, especially in Hip-Hop, tend to make their singles poppier than the rest of the project and stuff them somewhere awkwardly amongst the other songs, usually at the end of the album. This is definitely not the case with SSS.

Another few highlights lay within the tracks “Grandma’s Stove” featuring Musiq Soulchild, “Dark Hearted” and “CIA”. The first two of the aforementioned tracks feature emotional cadences that really hit home, and Freddie gets very candid in regards to his relationships with exes and his children and the false narrative that he’s a “deadbeat rap father” as Gibbs puts it himself. “CIA” stands for “Crack, Instagram and AIDS” and tackles other vulnerable topics surrounding how he views himself, his family, his friends, and life in general. A couple of other notable songs for me personally would be “Pain & Strife” featuring Offset, which reminded me of modern Bone Thugs N Harmony to an extent, and “Blackest In The Room.” The latter being a saucy free-verse that really hit me hard and made me realize what makes Freddie Gibbs so great. His simplicity. His beats are always smooth and simple and so are the words he’s speaking. It’s just direct and it’s who he is, and that realism bleeds through on every song.

Although I struggled to pick any of this album apart, I will say that my least favourite song was “Zipper Bagz,” based purely on me personally not liking the flow Gibbs chose to go with.

$oul $old $eparately is a must-listen effort in my opinion. There are many more positives I could go on about all day, like Rick Ross’ verse on “Lobster Omelette” and “Space Rabbit” which embodies the classic Freddie Gibbs sound. Incredibly real throughout and fun at times, SSS is the perfect blend of underground, independent, throwback Hip-Hop and popular, mainstream, modern rap.