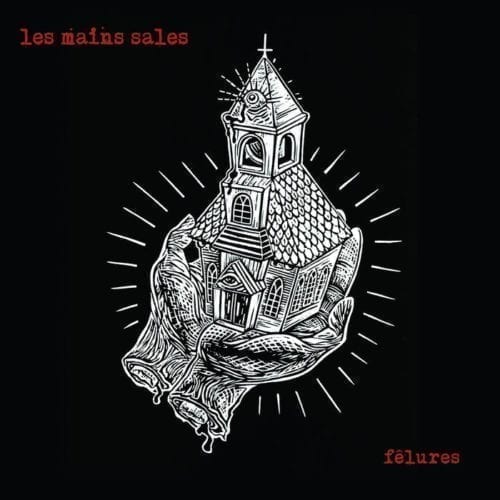 It was following a serious car accident that Fred Jacques, ex-Sainte Catherines and Yesterday’s Ring,  found the inspiration to write and compose this first album of Les Mains Sales. Accompanied by other former Sainte Catherines/Yesterday’s Ring members, drummer Rich Bouthillier, bassist Dan Cesare, and guitarist and album producer Ryan Battistuzzi, Jacques recounts with great emotion some of the difficult moments he had to face. Flight, betrayal, regrets, illness, anxiety, and complicated relationships punctuate this 10-track album with its punk colours reminding us of the Sainte Catherines, but with some dark post-punk and noisy incarnations in the lineage of Milanku, for example. The album ends with “L’été de l’ecstasy”, a less oppressive, slightly ethereal shoegaze track which gives a glimpse of light at the end of the dark tunnel Jacques has gone through. With Fêlures, Les Mains Sales express a certain nausea (not to mention Sartre), with guitars well up front and the slightly recessed vocals, bringing the poison to the surface, turning this album into a life-saving outlet.