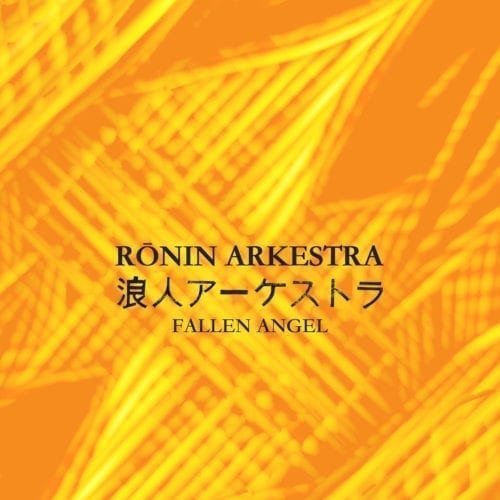 Japanese on his mother’s side, he’d largely neglected that cultural resource as he planted his flag in the clubs and studios of London and Los Angeles alike. Last year, with the two Heritage albums on the Ropedope label, de Clive-Lowe rectified that resolutely, revisiting his roots in a sublime soul-jazz vernacular, with electronic embellishments. His band for the Heritage records was ace, impressively pedigreed and dedicated to the material – and Americans, the lot of them.

At the same time, though, de Clive-Lowe had another project on the go, almost an inversion of Heritage. He’d sought out his favourite players in Japan’s jazz-groove scene, folks from Kyoto Jazz Massive, etc., and assembled these “masterless samurai” into Ronin Arkestra (how many koku their stipends amounted to remains undivulged). The band’s Japanese character, moreover, was at most tangential, or a bit irreverent (the tracks are inspired by episodes of the anime series Samurai Champloo).

Ronin Arkestra’s approach is in keeping with the dancefloor-friendly, digital-era reboot of classic free jazz in recent years. The new single “Fallen Angel (Edit)” is in fact a tightening-up of a nine-minute jam from last fall’s excellent full-length Sonkei. Played with verve and produced with flair, it’s exemplary of the band’s seasoned proficiency, enthusiastic interaction, and optimistic, even euphoric spirit.