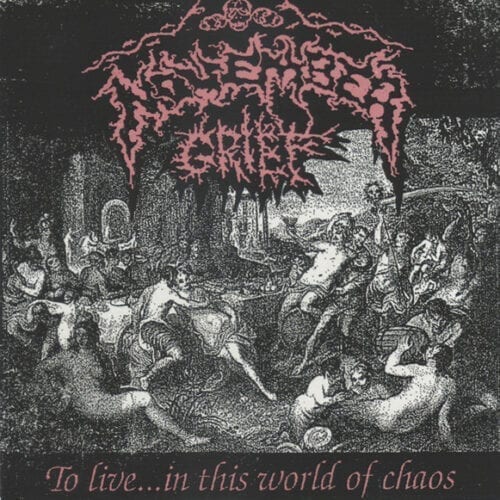 In the mid-’90s, the Quebec death-metal scene was doing pretty well, thanks. In addition to some real success stories (Gorguts, Cryptopsy, Kataklysm), a lot of lesser known bands were destroying eardrums in small venues, from Montreal to Rimouski. Among them was November Grief, an all-female Montreal band that released two demos in 1994 and 1995.

An exception in a musical genre often perceived (from the outside, at least) as macho, the interest in the exhumation of these documents cannot however be reduced to just this significant particularity. If the Italian label F.O.A.D. has reissued these recordings on vinyl, it’s above all because they hit hard, where it hurts. The death metal here is putrid, raw, primitive, and filthy, sometimes spilling over into grind, doom, or raw hardcore, and ranging from ultra-slow to mega-fast. It smells like rank hash and cheap beer. It’s got a fuck-you attitude and of course it’s heavy, and heavier still. Ironically, some passages are extremely catchy, even if it won’t do much good for those looking for more melodic death metal. These ladies weren’t aiming to please, but rather drawing a bead on their concerns about ecology, cannabis, and the religious right, among others.

The approach is similar on both recordings, but the second one offers better sound quality and shows a little more refinement. A very good idea to make this piece of our metallic heritage available.