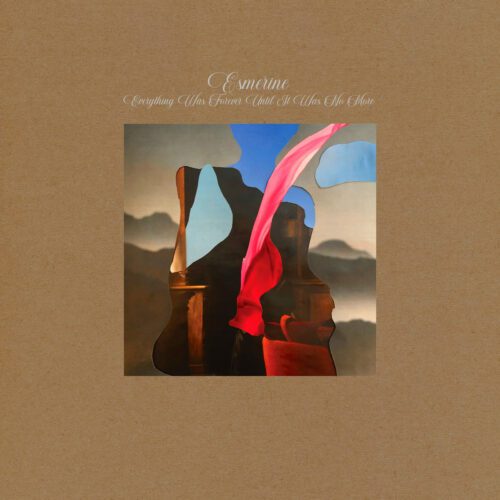 What Grunge is to Seattle, perhaps Post-Rock is to Montreal. Since the ’90s, Montreal has been home to a constellation of bands like Godspeed You! Black Emperor, Thee Silver Mt. Zion Memorial Orchestra, Set Fire to Flames, and Fly Pan Am, which were decisive in crystallising the post-rock aesthetic. Esmerine is another such group, whose core members actually comprise Rebecca Foon of Thee Silver and Bruce Cawdron of the Godspeed diaspora.

With a discography spanning two decades, Esmerine set themselves apart from their contemporaries with their distinct breed of post-rock which leans heavily on neo-classical/chamber elements and folk music from the world over. Their latest release, Everything Was Forever Until It Was No More, is a beautifully crafted and compelling listen that speaks to the relevance of the genre in the post-pandemic era.

The title alone is evocative enough and colours any listening with a distinct sense of nostalgia and grief that runs the course of the whole album. As the product of singular circumstances, this is a singular album in Esmerine’s catalogue. Recorded during the pandemic, the band was unable to organise large group rehearsals, resulting in more stripped-down configurations that lend the album a certain tightness and restraint that works to its favour. That being said, the album is still thoroughly atmospheric with dense instrumental overdubbing that is artfully orchestrated. The album features a broad instrumental palette that extends beyond the usual, encompassing marimbas, mellophones, sousaphones, and music boxes, amongst others.

Everything Was Forever is a refreshingly accessible album in an otherwise daunting genre. Aside from a few lengthy numbers, the album is mostly comprised of self-contained soundscapes but is still best experienced as a whole to appreciate the natural ebb and flow from theme to theme. The album is best approached as a soundtrack of sorts, and as the group themselves write, this album could have been an “alternate score to Von Trier’s Melancholia or Cormac McCarthy’s The Road.” The mood is thoroughly contemplative and deeply affecting at times with a gratifying sense of catharsis at the end of it all.