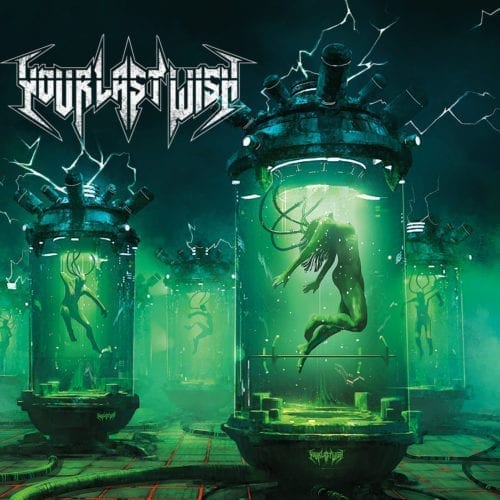 The press release for Eradicate states that the Montreal band is back in force with a renewed sound. We couldn’t say it better, as the trio that formed Your Last Wish in 2003 has gradually made way for new members: singer Roxana Bouchard (Chœur de Growlers), who joined the band in 2009, followed by guitarist David Gagné (Blackguard, Hollow, Erimha). Both participated in the creation of Desolation, released in 2012.

It goes without saying that the sound of Your Last Wish has changed since its eponymous record released in 2007, but the essence of melodic death metal is still present. Where the band renews itself is in the addition of prog elements that inject depth to the songs composed and recorded by David Gagné. The song “Pandora”, featuring guitarist and singer Simon Girard (Beyond Creation), is a great example of the new sound of Your Last Wish (see also “Prestige”) – Girard gives reply to Bouchard, who not only uses her voice from beyond the grave throughout Eradicate, but also changes her vocal patterns according to the mood. “Eradicate”, “Decimated” and “Lost” are also good examples. Another bonus point for the band, five of the nine songs written by the singer are in French.