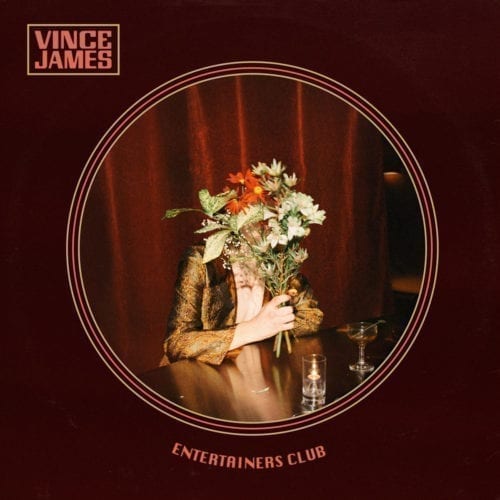 Vince James is a Montreal-based singer-songwriter who’s often collaborated with artists from the Quebec rap scene. With his second album, Entertainers Club, he once again transports us into a completely bewitching musical universe. While the elements that make this artist so original, such as the hypnotizing timbre resulting from the blend of his voice and the sound of his electric guitar, are present, we also discover a new facet of his style through, among other things, an interlude for solo piano and a more acoustic piece. In the latter, “Mother”, we seem to share a moment of intimacy with the musician through both the text and the music: the sobriety of the instrumental score and the clarity of his voice give the impression that James is laying himself bare.

The addition of almost ubiquitous electroacoustic effects to his rather classical instrumentation – guitar, bass, keyboards, drums – contributes to a highly colourful soundscape that approaches the psychedelic. Some moments recall the progressive rock of the ’70s, such as the guitar solo in “Cherry Blue”, which seems to come straight out of a Pink Floyd album. With Entertainers Club, Vince James contributes to the stylistic expansion of the anglophone Montreal repertoire.