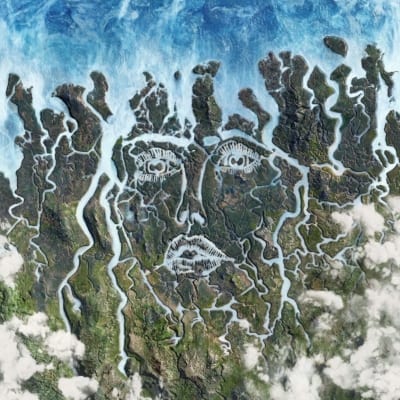 In 2013, the album Settle propelled brothers Guy and Howard Lawrence straight upwards. The house-y Disclosure were downright viral on planet EDM, and artists featured by the young English tandem became stars (Sam Smith and Jessie Ware come to mind). It was thought that these wizards in their early twenties were beginning a glittering career and… it wasn’t as shiny as expected. Released in 2015, the second album Caracal didn’t make the same impact on the dancefloor, a long pause ensued for Disclosure, until today. The duo has therefore staked a lot on its comeback with Energy, a generous opus featuring a host of guests from three continents, North America, Africa, and the United Kingdom. More precisely, Kelis (R&B, USA), Channel Tres (EDM, USA), Slothai (rap, UK), Mick Jenkins (rap, USA), Fatoumata Diawara (Afro-pop, Mali), Blick Bassy (Afro-pop, Cameroon), Kehlani (soul-pop, USA), Syd (hip hop/R&B, USA), Eko Roosevelt (Afro-pop, Cameroon), Etran Finatawa (desert blues, Niger), Khalid (R&B, USA). The list is tempting, the concept looks more than interesting… and the final result? If we accept the idea that the guests stay in Disclosure’s territory and contribute to embellish these 20 tracks (including two remixes) intended for the dancefloor, it’s a good thing. However, don’t get your hopes up: the Lawrence brothers don’t exploit the uniqueness of their guests to the fullest, but rather integrate their colours into their future garage (a label they claim) without changing the fundamental binarity. From beginning to end, it’s a four-beat electronic rhythm, but it’s certainly nothing to sulk about.