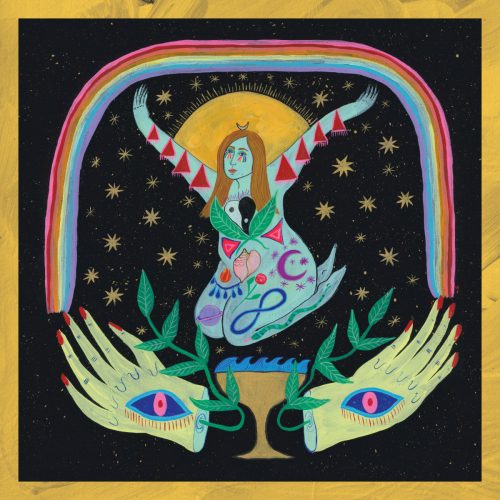 Originally from Yorkshire and now based in South London, Emma-Jean Thackray has always known she wanted to be an artist. It was only after playing in a number of soul and jazz bands in her home region that she trained in jazz composition at university. A multi-instrumentalist, singer, and producer, Thackray is a band in her own right, as proven by Ley Lines (2018), an album co-written by Gilles Peterson and Theo Parrish, which she produced entirely. Released on the label she created, Yellow offers a rich, organic sound recorded in the studio. It could perhaps be put in the easy-listening category, thanks to particularly catchy tracks like “Say Something”; one thing is certain, it’s more accessible than her previous EP Um Yang (2020) which played in the free-jazz court. The 14 compositions conjure up names like JDilla and Fela Kuti. The band leader is an Afrobeat lover and borrows her kick-hi-hat-snare rhythmic patterns from house music, which gives her work an unstoppable groove. Seeking to stimulate both mind and body, Thackray does not hesitate to emphasize the esoteric, as illustrated by the album cover (Sun Ra is not far away), the track “Third Eye” (“Just two eyes / They don’t see the truth / They only show what it takes to survive”), or the call to prayer “May There Be Peace”. With Yellow, Emma-Jean Thackray reminds us how much music connects us to ourselves, as well as to others.