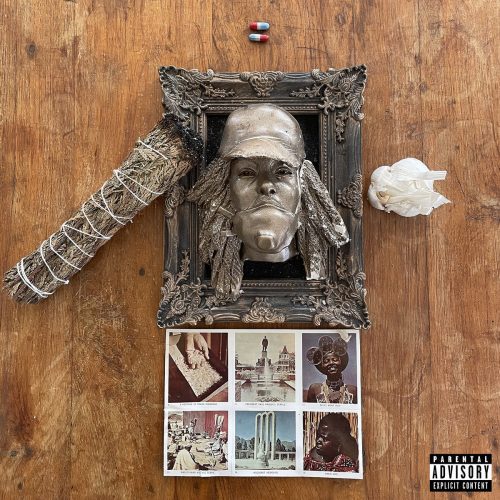 The Odd Future alumni, Earl Sweatshirt, has never been an artist to create music for the masses. His matter-of-fact, laid-back, lazy rap style has always been his M.O. and on past releases, it sometimes sounded like he’s about to fall asleep after delivering a verse. It’s also a rarity if a song reaches more than two minutes.

This is once again true on SICK!, but it’s production, mostly handled by The Alchemist, that sets it apart from past Earl Sweatshirt releases. It could be called somewhat of a reset for Earl Sweatshirt, as he dabbles with some of the more popular sounds of the last five years. It seems like a more determined release, with the looping piano, trap bass, and film and soul samplings. “2010” is a eulogy for a simpler time and COVID dread hangs like a piece of limp skin over tracks like “Visions” “Sick!” and “Tabula Rasa.” The latter features the rap duo Armand Hammer and is one of the more enjoyable on SICK!.

Some of the songs don’t hold a candle to “Tabula Rasa” or “Lye” and do feel a bit half-baked like “Lobby (int)” and the dirty and gothic “Titanic,” with its trappiness that kind of comes out of nowhere. Although the reference to MF DOOM makes up for the randomness. Lyrically, SICK! this is a very pessimistic album and perhaps it makes sense as Earl Sweatshirt has had to soldier on through this confusing time like the rest of us.