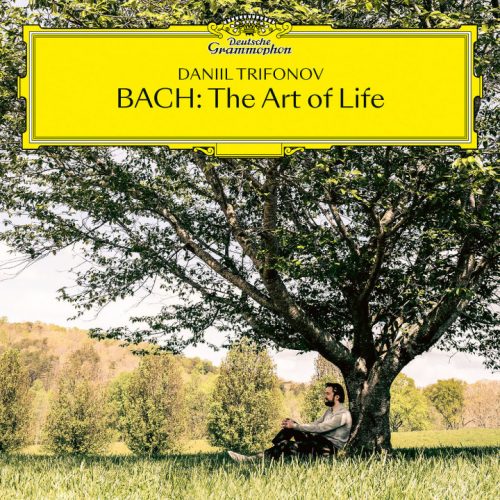 Daniil Trifonov, 30, has established himself as one of the most brilliant pianists of his generation, sharing the summit of Russian piano with his compatriots Evgeny Kissin and Denis Matsuev. Centered not only around the late works of Johann Sebastian Bach, with The Art of Fugue as its centerpiece, the opus also makes room for the family of the Leipzig cantor, presenting various keyboard pieces by his sons Carl Philip Emanuel, Johann Christian, and Wilhelm Friedemann Bach, as well as excerpts from the pages of his wife Anna Magdalena’s notebook.

Of his offspring, Carl Philipp Emanuel and Johann Christian are certainly the best known. As a matter of fact, in addition to the father, they are the ones whose works are the most present. Of Wilhelm, the pianist retains only a charming Andante polonaise, while of the other two, he presents, respectively, a rondo and a polonaise, a sonata and a series of variations on the air of Ah! vous dirais-je, maman with different dynamics rendered in a convincing and contrasting manner. Completing the picture is Stötzel’s famous aria Bist du Bei Mir, long attributed to Bach, as well as Brahms’ Etude No. 5 based on the chaconne of the Violin Partita No. 2 in D minor, BWV 1004; a kind of anachronism in the temporality of the album that may recall Bach’s rediscovery in the Romantic era.

With impeccable consistency and an aerial technique, Trifonov adds his mark to the long list of interpretations of Bach’s monumental music.