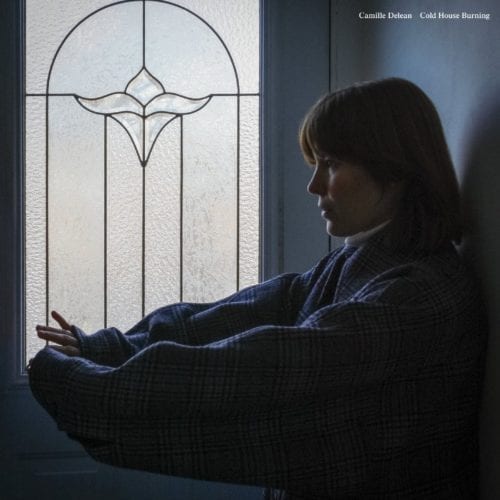 Camille Delean (or Deléan), a Franco-Ontarian from Toronto, has been on the move. After extended stays in London and Paris, she settled in Montreal without much of a network in place. After several relatively unsuccessful months, when she was about to pull up stakes, she met the musician friend and accomplice, who would convince her to stay in the person of Michael Feuerstack. A hyperactive artist, Feuerstack had released music and performed on stage under the pseudonym Snailhouse. He’d also collaborated with a host of bands, including Wooden Stars, Thus Owls, Bell Orchestre and The Luyas.

From this encounter was born Music on the Grey Mile, Delean’s debut album, in 2017. It reflected the years when Camille had restless feet. Cold House Burning, just launched, was co-produced  by Camille and Feuerstack. The lyrics and music, all written by Camille, are at the other end of the spectrum, imbued with a sense of isolation and loneliness… which still seems to lead to a strengthening resolve. It should be noted that all this had been brewing long before the beginning of the confinement.

Delean’s folk-rock joins, in terms of aesthetics and themes, that of Mary Gauthier, a Louisiana native, worthy druidess of Americana. Among their points in common are the deep, lingering voice, the lyrics that give rise to a desire for healing, the “mini-trance”  construction of the pieces, the solemn piano, the dramatic guitars. To a creator of the calibre of Camille Delean, we wish a long and fruitful journey.