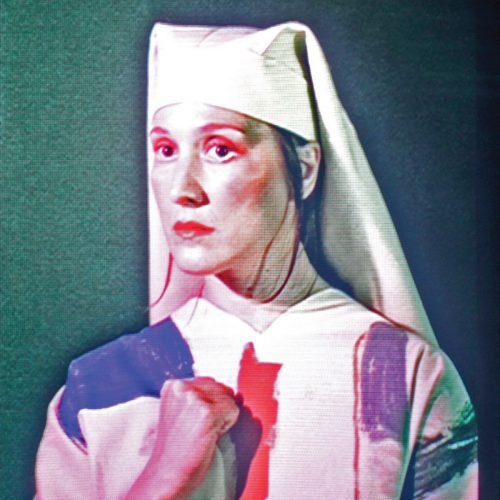 Jeff Tweedy of Wilco once said that Cate Le Bon was “one of the best making music right now.” High praise from a guy responsible for one of the most influential alternative rock bands in the 2000s, but his sentiment doesn’t come out of anywhere.

Indeed, Cate Le Bon is a ‘musician’s musician,’ who is constantly trying to reinvent herself in the indie rock/ krautrock/ baroque pop genres and knows how to write catchy, yet musically abstract melodies. You could put her on this mantle with someone like St. Vincent, but Le Bon is a more private artist who gets sonically bored easily and makes music for no one but herself. She’s more of the kind of performer you see in a darkened jazz bar rather than a high-profile stage.

The new album Pompeii, was derived from Le Bon trying to create music that sounded like a painting and has waves of light indie Telecaster guitar, clusters of saxophone and paired clarinet, harpsichord-echoed piano, sawtooth synth, and of course Le Bon’s subtle siren layered voice. Not to mention the bass lines that are the glue for Le Bon to jump between mystifying and downright abnormal interludes.

And playing off what Tweedy said, Cate Le Bon is a masterful composer, playing almost all of the instruments on Pompeii (save for the horns and drums), and knows exactly what she wants. Just listen to the dadaist “Running Away,” or “Cry Me Old Trouble” which are sonically minimal, but also surreal. Her Pompeii tracks could be called ‘embroidered’ as every thread slowly reveals itself and untangles to reveal a full image.
The songs of Pompeii are all moments of self-reflection, but also whimsical mirrors about the world at large. While the influences heard on this record will remind listeners of Nico, the more obscure David Bowie jazz era, or something like Brian Eno’s Another Green World, as a whole, it only sounds like Le Bon who has been honing her sound for almost two decades.