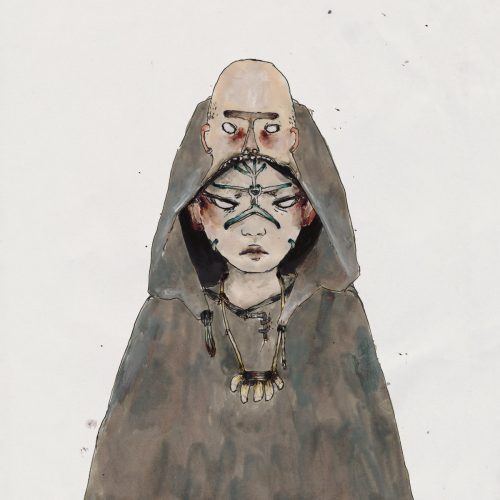 In 2006 and 2007, two consecutive albums of the British producer Burial, a homonymous one and another one called Untrue, caused a sensation for his post-dubstep and future garage approach, a kind of electronic soul and jungle in slow motion, with fluid, soaring atmospheres, eminently singular at the time. Fifteen EPs later, can we conclude to a work as outstanding as announced? Not quite, but… weirdly qualified as a micro-album, this new episode of 43 minutes and 27 seconds carries a strong enough signature for us to take the trouble to listen to it a few times and to review it. The hovering vector dominates this mixed territory. Subtle cracklings of the needle in the groove and several other treatments of sounds captured on the ground accompany these melodic fragments, vocal extracts melted in an electroacoustic melting pot. The harmonies chosen are soft for the most part, drawing even from sacred music of Christian, European, or gospel inspiration. The human songs trace here the melodic fragments in the service of ambient, essentially electronic pieces. The electro of Burial is joined by the basso continuo of the baroque, and sometimes the accordion of ancestral folklore or even normal pop. The organic side of the affair lies in these superimpositions of concomitant eras and genres.