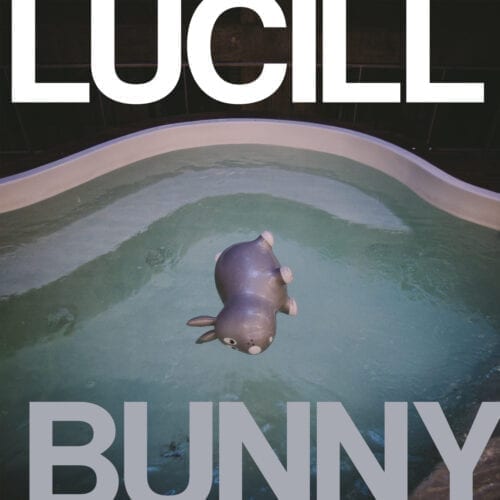 Raphaël Bussières, alias Lucill, a thirty-something from Chibougamou, Quebec, played bass guitar in the rock band Heat. Feeling the call of the sea, like Melville and his hero Ismaël once did, Raphaël-Lucill set out on his own. Lucky for us, because he’s concocted a devilishly catchy sound. In November 2018, he told us all about it on a four-song eponymous EP. The recipe? A tinkling guitar in the New Order style, a muffled voice, semi-embedded in the mix in the Jesus and Mary Chain style, and a metronomic rhythm in the Stereolab style. To this seemingly simple and proven process, Bussières had integrated a vital element: fluid rhymes – in French, merci – based on a remarkable prosodic balance. Almost two years later, Bunny is no exception to this winning template. Eight grounded compositions, with helping hands from the promising Gabriel Bouchard, Matthew Florentino – who was also part of the adventure in 2018 – and Francis Mineau, the former Malajube drummer who welcomed Lucill into his studio and produced Bunny. New influences such as Luna and The Postal Service are thought to be detected, judiciously incorporated into the pieces. Lucill’s lyrics are universal, sober and serene. On “Et je cours”, Lucill says he’s torn a hole in his pillow, like Alain Bashung in “Vertige de l’amour”. Except that Bashung said he had probably dreamed too hard, while Lucill says he no longer knows what to dream about; the musicophile sincerely hopes it will pass.