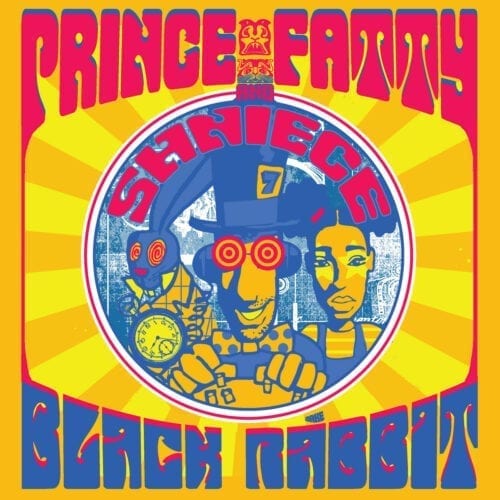 U.K. producer and engineer Mike “Prince Fatty” Pelanconi has been around for a minute, popping up in the musical company of big names from London, New York, and of course Kingston. He’s long exhibited a penchant for clever cover versions, always in his sturdy, energized, and accessible dub-reggae style, classic in process, very current in perspective. A good example would be his take on ODB’s “Shimmy Shimmy Ya”, familiar to fans of Breaking Bad.

The last couple of years have seen him working ever more closely with singer Shniece Mcmenamin, first as a guest vocalist on last year’s album In the Viper’s Shadow (alongside the likes of Big Youth and Marcia Griffith!), and soon thereafter on the EP Prince Fatty presents Shniece in a Disco Deception, five covers of vintage soul gems that showcased a voice that’s sturdy, confident and creative. Several seven-inch singles followed in quick succession, including a tremendously cover of Kraftwerk’s “The Model”, on which Shniece Mcmenamin pumped some welcome warmth into the frosty krautrock hit, playing off Horseman’s droll toasting (all the best Kraftwerk covers have a Caribbean flavour, don’t they…).

The pair are back again with a very playful revisiting of Jefferson Airplane’s drug-fiend appropriation of Alice in Wonderland, from 1967. Mcmenamin can’t match the sheer gale force of Grace Slick’s original delivery, any more than she could Tina Turner’s, but she compensates capably with charm and flexibility. A suitable selection for your next mad tea party, try not wake up the dormouse…