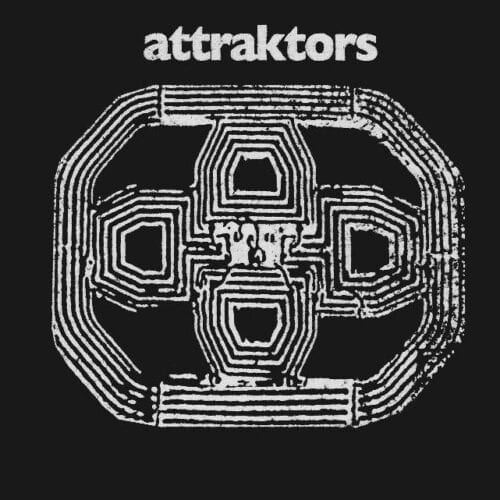 Who hasn’t dreamt of travelling back in time? Is it a science-fiction delusion, or an increasingly plausible scientific aspiration? The new Attraktors project makes this fantasy come true, in any case, by opening an auditory temporal rift towards the golden age of the krautrock movement. Composed notably of former band members behind shaman Julian Cope (also the author of a rather complete guide to kosmische musik) and of the ’90s space-rock band Six by Seven, the Nottingham trio has created an album that looks like a retrofuturistic artifact found by chance on a VHS cassette from the ’80s. The album oscillates around minimalist and ethereal synth lines in the vein of those of Tim Blake (Gong, Hawkwind) or Tangerine Dream, and more meditative new-age and ambient elements inspired by Laraaji and Brian Eno, immersed in a groovy atmosphere in the new-wave style of Human League or Depeche Mode. The whole takes on the aspect of a somewhat outdated soundtrack for, say, an old documentary about the beginnings of the Internet or the conquest of space during the Cold War. The album will probably provoke a fair amount of déjà-vu among habitués of the krautrock world, but it’s still a nice tribute to the German experimental movement and its mystical, hypnotic universe.