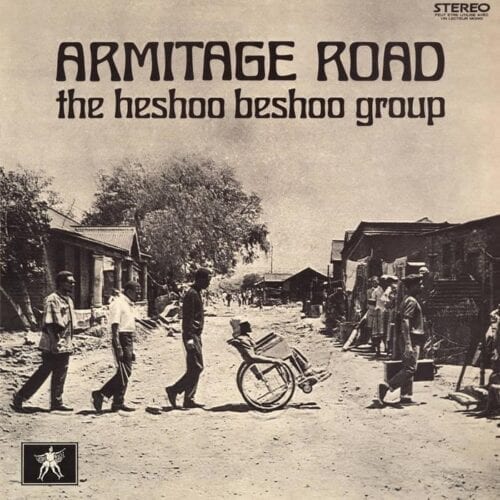 The latter, who’d had polio since childhood, is the man in a wheelchair that can be seen on the record cover. This photograph was actually a nod to the Beatles’ Abbey Road photograph released a few months earlier. The social commentary is effective: you don’t need to be a keen observer to notice that life on Armitage Road in Soweto must have been very different from the Fab Four’s in London.

After hearing a track from the band on a compilation, Eric Warner, who runs the Toronto label We Are Busy Bodies, decided to re-release the 1970 album, whose half-century-old originals are still worth a small fortune on the web. It was about time, because the music it contains is great! The five members of the ensemble were all accomplished instrumentalists. The Sithole brothers were a duo of blowers who set the stage on fire, whether it was by playing brilliant melodies in unison or by sending out burning solos reminiscent of John Coltrane’s free-jazz fires. A worthy disciple of Wes Montgomery, Magubane has been a great performer on several occasions, while the rhythm section provides irresistible funky grooves.