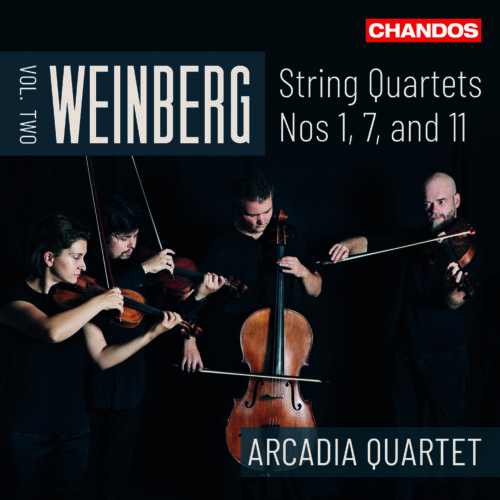 Those who are already familiar with Weinberg’s music are experiencing a happy and prosperous time, as the arrival of new recordings from his vast catalog is multiplying like wildfire in a dry summer.

This equal and almost musical twin of Shostakovich, who for a long time remained in the shadow of his more illustrious compatriot, is increasingly taking flight and asserting his autonomy among the widest possible audience, and rightly so. The music of this Pole, who was born in Poland but became a Soviet citizen after the Nazi invasion of his country in 1939, is emotionally visceral, musically loquacious and discursively very communicative, even if it is often dark. Like Shostakovich’s, it is a direct witness to the Soviet era and its socio-cultural and artistic splits. It aims to be both scholarly and popular, but more often than not fails in its duty to be optimistic, turning it into an incisive but totally lucid sarcasm about the Russian society of its time, the 20th century.

Mieczyslaw Weinberg wrote 17 string quartets (in addition to 22 symphonies, concertos, 7 operas, dozens of chamber music pieces, 65 film scores, and so on – 500 works in all!). The three opuses presented here offer a panoramic view of the composer’s career.

The first (Op. 2, thus a work of adolescent youth but revised some forty years later) is exceptional in that, while still partly rooted in Schoenbergian atonal modernism, it reveals, particularly in the 3rd and final movement, the artist’s future personality. The first two movements are made of dark and sustained lines, between which appear here and there, furtively, some future echoes of the pulsating energy that will be typical of his mature style. This energy bursts forth most explicitly in the final movement, which transports the listener into a world that is urgent, nervous, and much more direct and popular (though ferociously grating) than the cerebral universe of the Second Viennese School (Schoenberg, Webern).

Quartet No. 7 (Op. 59) is the most emotionally incandescent of the three on the album. There is a powerful sensory and atmospheric force, supported by two impressive adagios framing a modest and reserved allegretto. The contrast enhances the passionate ardor of the adagios.

Quartet No. 11 (Op. 89) is quite different: active, feverish, light, its textures are spare, and the final movement ends with a bouncing step that suddenly fades away, as if unfinished. Curious and fascinating.

The first number of this collection was a great success. This one is just as great. One can only look forward to the next volumes.