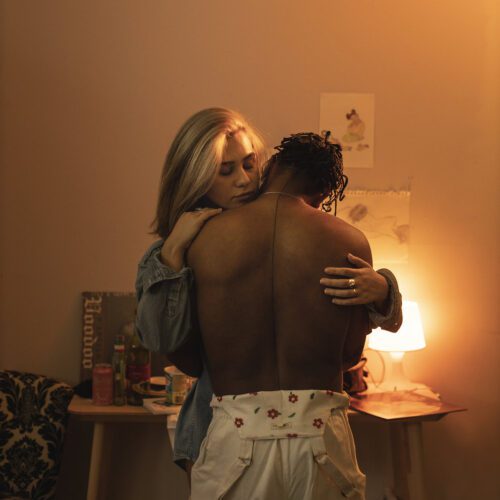 Lance Sampson, AKA Aquakultre, indulges fans with his second album aptly titled Don’t Trip, a delightful blend of old and new sounds with an incredible ensemble. It’s as if the Fugees jumped into a time capsule and woke up in 2022. The CBC Searchlight and award-winning, Halifax native masterfully comprised a group of singers, emcees, and DJs that leaves nothing to be desired from start to finish. With rap verses and breakdowns amalgamated precisely with the Funk and R&B vibes throughout, Sampson has fully metamorphosed himself from a once teenage drug trafficker to an expert and poised musician.

While listening to Don’t Trip, I felt as though I was in a jam session or at a house party with Aquakultre. It connected immediately and legitimately enlightened my day. With nothing too sappy or blue, this album does not lack passion or emotion. Going into this, I was unfamiliar with Lance Sampson and was fully expecting straight-up, Nova Scotian-style, lyrical Hip-Hop bars à la Classified or Pat Stay. However, I was enraptured with a variety of genres and sounds that tow the line of similarity just enough to make the album feel whole. Including one of the best interludes I’ve heard in a while and even a skit near the end of the project, this album possesses things that have been lost in modern music which I
personally yearn for.

As aforementioned, the blend between old and new transitions seamlessly midway through the 13-track sophomore effort. “Lunch” featuring Joolsannie accompanies catchy lyrics with up-tempo, modern production, all while retaining its retro vibes. We are then hit with the “Getting Loose” interlude featuring Sergeant X Comrade to set up the second-half of the album which goes entirely “House Party” on us. Consciously delivering both late 90’s/early 2000’s West and East Coast-style slaps in the songs “It’s All Good” and “I’m For Real” respectively, this half of the album contains the best verses of the project and exceptional turntablism by both DJ Chidow and DJ Uncle Fester. With more than one song from this album headed into my personal playlist for repeat listens, Don’t Trip ain’t got me tripping at all.