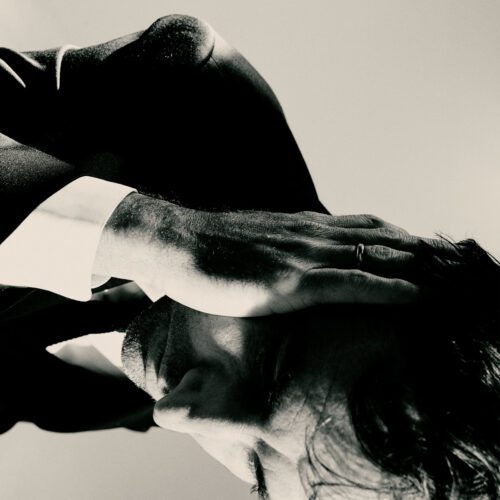 Listening to Andrew Bird’s latest release, Inside Problems, I’m reminded of Bob Dylan’s seminal 1975 album Blood on The Tracks. Not necessarily because they sound much alike, but because both albums signify something exceptional in each artist’s career, capturing their makers at their most intimate, accessible, and introspective. Quite tellingly, both albums feature stylized self-portraits as their cover art.

While Dylan’s introspection was incited by the demise of his long-term relationship, Bird’s self-reflection is more existential. The opening number, “Underlands,” boldly proclaims “the stars don’t owe you anything,” setting the tone for much of what is to follow. Bird presents us here with a collection of 11 songs united by an undercurrent of existential malaise that is gracefully explored in a chamber pop soundscape.

Recorded live with a four-piece band, the album sounds tight with smart, economic arrangements that showcase Andrew Bird’s prodigious writing and musical ability. Elements in the production harken back to the 1970s and it is exciting to hear Bird revisit this more soulful, jazzy sort of palette as he did in My Finest Work Yet. It is still plenty bluesy and folky and Bird’s affinity for classical music is as apparent as ever, a Beethoven motif is made clever use of in the song “Atomized.” In fact, Bird’s violin playing is a great strength of this record, especially on “Eight”, and its use is nuanced enough that it always feels indispensable when it is featured.

While there is nothing especially remarkable on display, Inside Problems still feels like a significant record for Andrew Bird. As a veteran artist at this point, Bird relaxes into a groove that simply works and this record is a welcome addition to his discography. Still, I would have hoped for something a little more cohesive, the presentation of the songs could have been better curated in service of a broader musical narrative. Nevertheless, for those unfamiliar with the rest of Bird’s oeuvre— he has been making music consistently since 1996—this would be a great foray into his idiosyncratic world.

When Blood on the Tracks was first released, the reception was lukewarm but it soon came to be heralded as one of Dylan’s masterworks and I expect the same could one day be said of Inside Problems.