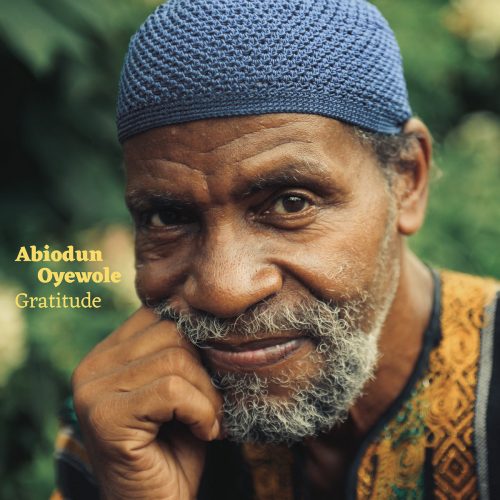 In the 1960s, the declamatory rhythms of African American poets and songwriters, inspired by soul and R&B culture as well as the sermons of black pastors and the sacred songs of their congregations, clearly foreshadowed the coming of hip-hop culture at the turn of the 1980s.

As part of The Last Poets, Abiodun Oyewole helped lay the groundwork for rap through the black poetry of Langston Hughes and Amiri Baraka. Like the late Gil Scott Heron, who was from the same generation, Abiodun Oyewole became a sherpa on rough roads. Even today, he declaims, raps, sings, comments, reacts, feels, and analyzes. He also embodies this transition between poetic declamation and rap.

We didn’t expect this album, which gives him the profile like the Yoda of the African-American culture.

The preoccupations here are wise and thoughtful, but do not fundamentally differ from what we know of Abiodun Oyewole: black neighbourhoods, the quest for equity, revolutionary hopes, love, soul, criticism, self-criticism. We also get to hear the poetry or rap of Jessica Care More, J. Ivy, Ade de Poet, and Pharoah Davis, as well as the complementary songs of Melodie Nicole. The beat-making and the musical accompaniment propel this septuagenarian wisdom well beyond the nostalgia of a duty accomplished. The twelve tracks suggested by Abiodun Oyewole are timeless, multigenerational, and superbly chiseled.

Gratitude is an excellent album coming very early in 2022; it avoids the trap of pompous assessments and also that of an excessively ageist production. An ideal balance is reached here, without fluff, exhaling the deep experience and the greenness of Abiodun Oyewole.