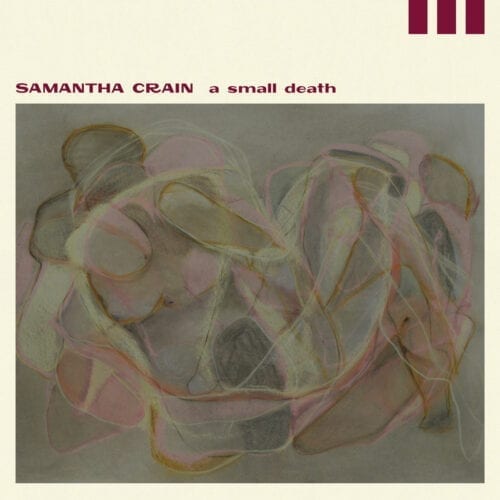 When “An Echo”, the opening track on A Little Death, begins, the lingering rhythm, stilted guitar notes, and Samantha Crain’s sovereign yet delicate voice evoke Pauline Julien singing “Suzanne”. The narrator quickly takes us back from Montreal in 1967 to today’s Oklahoma. She believes that Hera, daughter of Cronus and sister-wife of Zeus, jealous and resentful, has cast a spell on her as she drives to Topeka where her mother is imprisoned. Here we are at the heart of the talented Samantha Crain’s sixth album, seventh counting the 2007 EP The Confiscation.

One may enjoy the esteem of our colleagues, critics and a host of music lovers, but that’s no protection from the ups and downs of life. In the summer of 2017, when Crain’s use of her hand was already compromised by carpal tunnel syndrome, an unfortunate series of accidents aggravated the affliction. The consequences were devastating for the singer-songwriter. Since physiological ailments often affect mental health, it was a small death for her, hence the title of the album. Through exercise and her support network in Norman, Oklahoma, Samantha was slowly able to get back to playing guitar – using more open chords – composing and writing.

So much so that today, she presents an album whose pieces were created in three months at her kitchen table. The recording took place at Lunar Manor Studio in Oklahoma City in the spring of 2019. A host of instrumentalists lent her a hand, with subtle strokes of sax, clarinet, trumpet, accordion, and pedal steel guitar, as well as synths, loops, and programming. Crain produced the album herself, based on the teachings of the renowned John Vanderslice, who was for a long time her regular producer.

Crain’s art is rooted in the land of her people, the Choctaws. It’s inspired as much by Woody Guthrie as it is by Radiohead. Her stylistic palette is abundant, it’s pastoral and vindictive, lyrical and urban, ranging from art-folk ballads (“An Echo”) to chamber grunge (“Garden Dove”), acidic country-pop (“Pastime”) and baroque Americana (“Holding to the Edge of Night”). Crain’s music contains only good nutrients, the ones that the music lover’s soul needs to nourish itself.