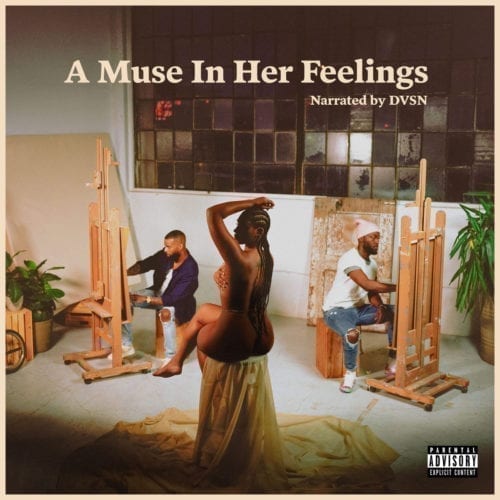 Taken under the wing of Drake on his label OVO Sound, the Canadian duo dvsn release their third studio album, A Muse In Her Feelings. Singer Daniel Daley and his sidekick, producer Nineteen85, present a resolutely Toronto-based 16-track work. Almost an hour long, this opus counts on the participation of other established artists from the T-dot such as PARTYNEXTDOOR, Jessie Reyez and Shantel May. There’s no doubt that Toronto, home to The Weeknd and Drake, has become a global R&B capital. Their influence is palpable throughout A Muse In Her Feelings. It’s sometimes confusing, with Daley borrowing too much of Drake’s flow and The Weeknd’s falsetto intonations. Nineteen85’s productions are, as usual, focused on the rhythm of the cymbals and the velvety sound of the keyboards. The result is a monochromatic album with few highlights. If the choice of collaborators is sometimes debatable, the popular Future, Ty Dolla $ign, and Buju Banton don’t particularly leave their mark on their respective collaborative piece. However, Daley’s style does match the haunting voices of Summer Walker and Snoh Aalegra on “’Flawless’ Do It Well” and “Between Us”, perhaps the two catchiest tracks on the album. A Muse In Her Feelings is a sensual and refined work that is never unpleasant to the ear. It does not, however, convey any definite emotion to the listener, more like a diluted version of better music already released. For the time being, dvsn remain a fixture on the urban Canadian music scene.