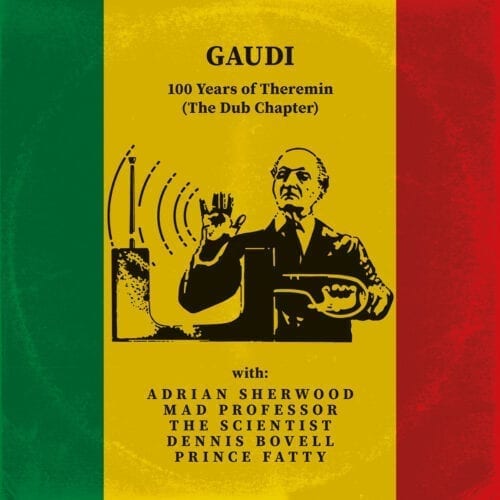 2020 marks the centenary of the Leon Theremin’s intriguing electrophonic instrument, an authentically “ethereal” side-product of Soviet research into proximity sensors. An obscurity to this day, associated mostly with old science fiction movies, it does still have its determined devotees.

2020 also marks four decades, minus a year, since the young Bolognese Daniele Gaudi took his first steps in music production, staking out territory somewhere between dub reggae, the nascent electronic dance-music movement, and what was then called worldbeat. It’s served him well – living in London since the mid-’90s, he’s a ubiquitous figure, having worked with most everyone who’s anyone in U.K. club music and beyond.

It’s five of the biggest names in modern dub who join Gaudi for this celebration of his beloved Theremin – Mad Professor, Adrian Sherwood, The Scientist, Dennis Bovell, and Prince Fatty. The basic dub-reggae protocols aren’t challenged, only observed with competence and cleanliness. That said, the melodies are strong and memorable, notably “Dub out of Theremin”, with Adrian Sherwood, and the giddy “Smokin Dub” with Scientist.

Obviously, the Theremin is the preeminent element in each track, and Gaudi handles his with love and care, coaxing out not only the otherworldly weirdness it affords, but also the sentimental and melancholic flavours it can provide. A note of sadness for what the mechanical marvel might have been had history not swept it aside, and a note of wonder for what magic it might yet generate between two loving hands.