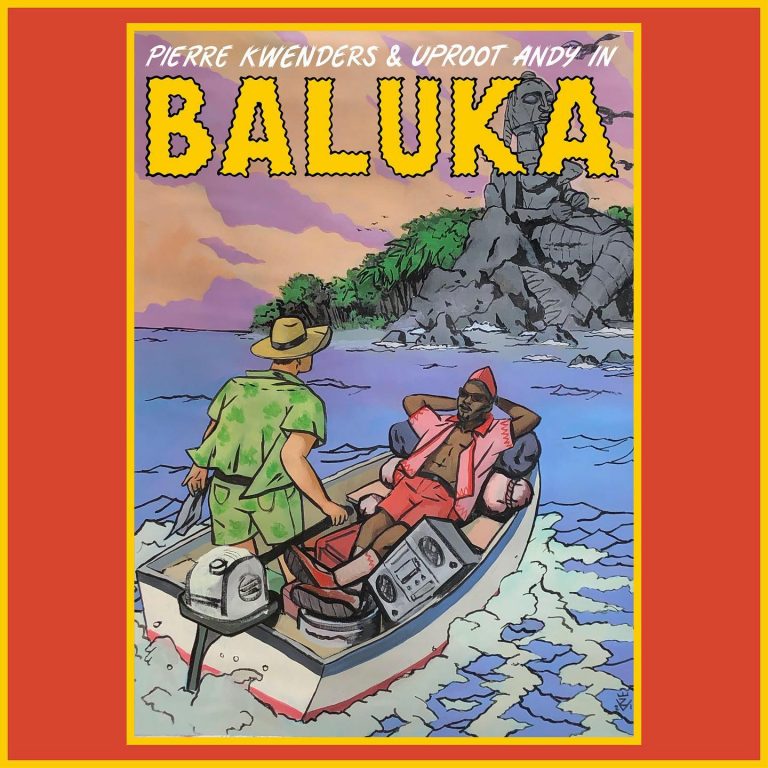 Born and raised in Toronto, Uproot Andy (Andy Gillis) is a young producer/DJ very active in New York’s electro-tropical scene. Around 2015, he became friends with Montreal’s Pierre Kwenders, and started a steady collaboration. Two new songs of theirs have been released this week and will be performed at the Mural Festival in Montreal, with a DJ set from 6PM to 11PM, also with San Farafina, Jelz and AKAntu,   all regular Moonshine collaborators.

PAN M 360: Could you first tell us the story of your friendship and artistic collaboration?

Uproot Andy: Pierre and I came out to play together for Moonshine parties and others in Montreal. We became friends and I used to stay at Pierre’s house when I came to Montreal.  So we started to work together on  beats, songs and remixes – for example, I’ve been partially involved in Pierre’s last album. We made music at Pierre’s house, cooked food, and hung out all day. Pierre also came out to perform in New York City, where I am living now. We started collaborating like that, and ever since, we meet up in different places and make music wherever we are.

PAN M 360: This most recent project was completed during the quarantine. How did it go?

Uproot Andy: Yeah, with the pandemic a lot of things changed, we had to exchange information online. We got stuck at home and for me, that kind of changed the way I felt producing music. I mean, the forms of pop music that are really quick, getting to the hooks, I didn’t feel it made a lot of sense because things kind of slowed down and changed. So I felt like making some music with a really patient and deeper approach. Also, more emotional and melodic. Both of the songs on this EP, “Ofele” and “Baluka”, reflect this need for longer developments in music.

PAN M 360: What is the common ground between you and Pierre?

Uproot Andy: I think we work very well together. We have similar tastes and similar influences, even if we have different backgrounds. I know he’ll understand my suggestions.  So I make some stuff, send it to him, then he sends his work to me, and so on.

Pierre Kwenders: The single “Ofele” is an amapiano song, amapiano is a South African style of music. Andy and I are fans of this style, which is a very hip sound in new African music, it was already happening before the pandemic. We  play that style a lot at our Moonshine parties, so Andy and I wanted to have fun with this amapiano beat. “Ofele” means “free”. Why? Without wanting to be clearly political, the message  of the song is a shade thrown to the politicians who make promises for free services that don’t come true. Also it is a message of hope – despite those false promises, we keep on going.

Uproot Andy: One of the things about amapiano is that it’s a style made for the club. The songs are very long and it takes time getting to it. So it also fits at home, it felt really right during the last year because it’s a patient style. Maybe that explains why it has become so popular during the pandemic. So you can stay home and get into those songs, and go a little deeper into yourself. Also this South African music has become very popular in Congo and also in Nigeria. As it spreads, it folds to the local music styles.

PAN M 360: Do you have other collaborative projects for the near future?

Pierre  Kwenders: The future is full of surprises! Many things are coming and that’s all we can say. First, we will be performing the songs and a couple more together at Mural festival on the 22nd. Myself and Andy will introduce this EP to the people. We will be outdoors and it starts at 6 PM. Don’t be late!