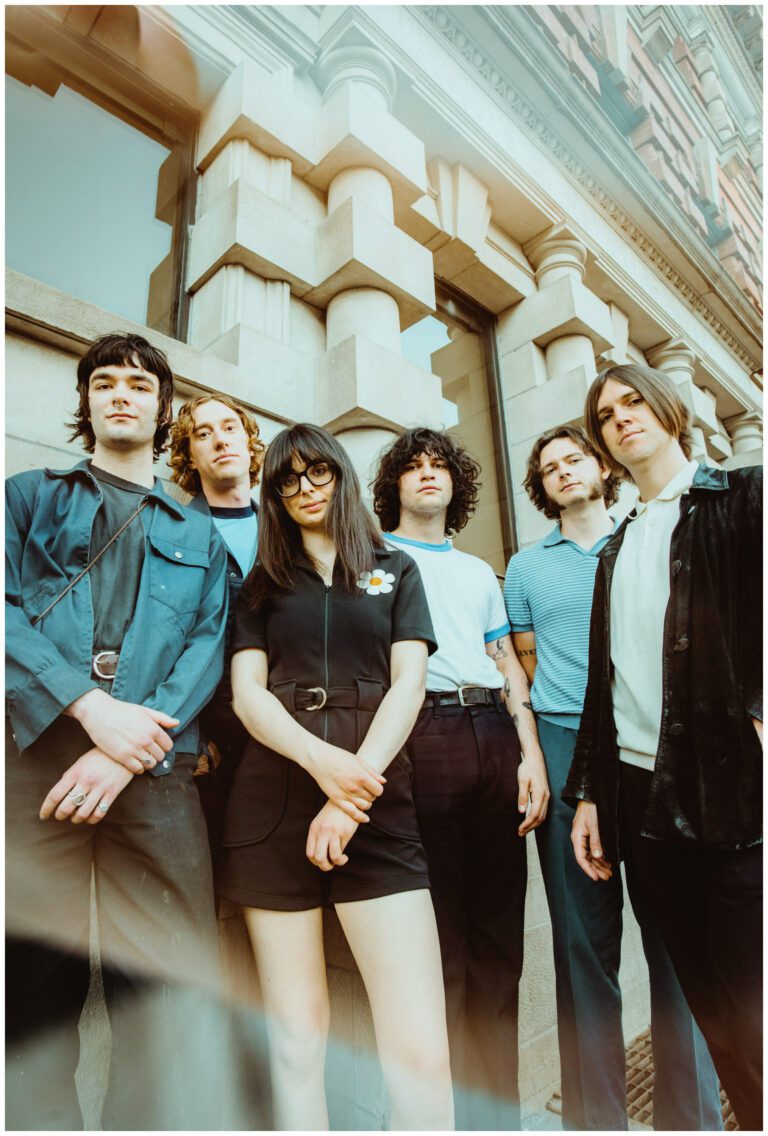 The John Denver Airport Conspiracy is ready to warp minds

Leave it to Toronto to be home to one of the best ’60s psych revival bands right now. They’re called The John Denver Airport Conspiracy, no doubt influenced by the little green men or portals that lead to nowhere. There’s a whole Reddit page dedicated to the batshit conspiracy theories that surround the Kubrickian nature of the Denver International Airport and the members of JDAC decided to add a “John” before it, with a nice portmanteau, sort of like The Brian Jonestown Massacre, who they list as a major influence.

The name alone should get you to the show, but the tight musicianship is why you’ll stay. We spoke with bassist and vocalist, Richie Gibson, before JDAC’s show at L’escogriffe this Saturday.

PAN M 360: Can you introduce the band, its members, and how you formed? Where did the name come from?

Richie Gibson: Band members are: Cameron (guitar and vocals) Jordan (drums and backing vocals) Savanna (violin, percussion, backing vocals) Andrew (organ/keys, slide guitar, harmonica) Charles (guitar/flute), and me, Richie (bass, vocals). The John Denver Airport Conspiracy came from Cameron and Jordan when first forming the band … a bit of a joke on the Brian Jonestown Massacre (we love you) at first I think, but it stuck and we’re taking it to the top, and ain’t no one can stop us! (other than the estate of John Denver perhaps)….

PAN M 360: Was their any central theme on your debut album Something’s Gotta Give ! ?

Richie Gibson: The central theme to Something’s Gotta Give was good ol’ fashioned 60s throwback rock and roll. That might sound a bit cliche but we wanted to have fun with it and keep it loose. We recorded 16 songs in 2 days, pretty much live.

Pan M 360: What is the conspiracy you’re named after?

Richie Gibson: You can look up the Denver Airport Conspiracy online. Weird symbolism of UFOs and secret passageways and artwork in the underground of the Denver airport…look it up!

PAN M 360: Seems like this is a huge jam band live? Kind of Grateful Dead-esque?

Richie Gibson: Yes we do a bit of improvised jamming in our sets but not too much…depends on how it’s going I suppose! But yeah, we’re down with the Dead.

PAN M 360: Am I hearing a sitar for the drone? Who is playing it and is it easy to incorporate into the music?

Richie Gibson: There is a bit of sitar occasionally but the drone often comes from Andrew’s organ or Savanna’s Violin.

PAN M 360: Who are some influences on the band?

Richie Gibson: Our influences are pretty wide as we all collect records and listen to all kinds of music. As for our sound specifically, I would say The Byrds, The Velvet Underground, Stereolab, The Kinks…all those 60’s psychedelic bands…13th Floor elevators, Love, Incredible String Band, The Pretty Things etc.

PAN M 360: Hallucinogens are always synonymous with psych rock and garage, does JDAC use them for inspiration?

PAN M 360: There seems to have been a huge psych revival in the last 15-20 years with bands like Black Angels, Allah Las, etc. Why do you think that is?

Richie Gibson: As for the “psych revival” I would say that everything just eventually comes around again. I also think that that term is a huge umbrella, lots of bands under that title are like more electronic or just “indie” or “alternative” …I guess it’s just like “non pop music with a trippy light show” haha

Richie Gibson: And yes we have a lot of demos recorded now and hope to be getting into the studio to make another album very soon. We have a couple of Toronto shows coming up and a trip to Wolfe Island for Oscillation fest I believe. Thanks for reaching out to us! Can’t wait to play in Montreal. Peace R. The JDAC.