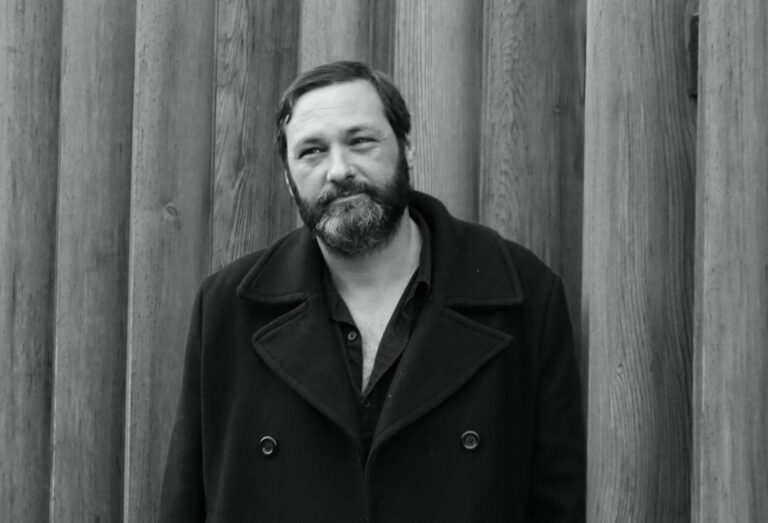 Sid Le Rock: Home Is Where the Roots Are

Sid Le Rock, aka pan/tone, aka Sidney Sheldon Thompson is discreet in the media but his importance in the electronic scene is not to be proved anymore. He released albums in prestigious independent stables: Mute, Kompakt, Shitkatapult, or My Favorite Robot Record and collaborated with producers like DJ Koze or Gui Boratto. He delivers Invisible Nation, his eighth studio album, on his label Beachcoma. The ten tracks take the form of a tribute to his ancestral Algonquin heritage that he hybridizes with his electronic palette, directly inspired by the DIY scene of the 1990s and that he has been cultivating for twenty years.

PAN M 360: You were born in Toronto and have been living in Germany for almost two decades. Today you release an electronic album inspired by your Algonquin heritage. It seems like a long journey, what can you tell me about your journey as an artist?

Sid Le Rock: It’s been 20 years almost since I’ve come to Germany, but really it just started as a fluke, thanks to a Canadian government program that allowed us to come to Europe and experienced a cultural exchange. I won this award and I always wanted to go to Germany, so I ended up going to Cologne about all the places because I had work relationships there. From this moment I fell in love with the culture, with being somewhere different other than Canada, where you know as a big country, little villages and towns, where I come from, are very far apart from the next big city. Here in Germany, it was a big population and a whole new set of different values and cultural expressions that was very profound for me, so I decided to move to Cologne, make my mark here and make the most out of it and see what happens and then. I managed to make a struggling living as an artist, not so much as if I was like living in Canada, where it would have been harder, you know.

PAN M 360: Why do you think it was easier to make a living as an artist in Germany?

Sid Le Rock: The options were there, there are more clubs, and more festivals, so I had more benefits as a musician to be here in Europe, especially with the proximity to all the other countries. At this time, it was called the mass movement to Berlin, which was kind of still very underpopulated, a lot of musicians chose to go there because it was cheaper for us to live. Nowadays, I kind of get that full feeling of Berlin, I start feeling a bit of my age. It’s a bit of a Peter pan kind of lifestyle for many of us, we’re all in our 40s now but we’re all acting like we’re in our 20s. Then there’s a point in time when you’re just like okay, I need to settle down, and so I like to stay within my area of comfort and less going out to clubs and things like that, especially with the covid and everything so.

PAN M 360: You go less in the clubs however we have the impression that the DJ dimension of your career takes more and more importance. Has it always had the same place in your career?

Sid Le Rock: From the beginning of my career, I really was more focused on live performance, DJing came after. I wish it would have come sooner because I enjoy it quite a lot! I was known as a live guy and that was a great way to express myself in the music, like the recorded music that I would put out. It would allow me to express it differently from a live perspective.

PAN M 360: Could you tell us more about the concept of the album and its creation process?

Sid Le Rock: Originally the concept of the album was an award I was given by the German Government, like the cultural music Council of Germany. In the original concept of the award I was stating that I wanted to go to Canada, go to pow-wow, get in touch with a lot of the artists that are in that field and basically incorporate that style, you know that sound and more of a live take and use those recordings and add what I do. But because we were on lockdown we couldn’t travel and then there were just too many limitations. I had to basically do it to the best of my ability, imagine myself, repurposing the style of music. This album could have been something completely different and I’m happy with the result.

PAN M 360: I understand that you had more time to work on this album than on your precedent work, which makes me wonder, since Berlin is so busy all the time and so many things are happening at the same time, did you sometimes feel the pressure to release stuff out?

Sid Le Rock: It has changed since the beginning of my career, where, in the past, I would release an album, would tour on this album for a year or two, and you know as a live performer, I would play the same songs all the time, so it would make me a bit sick. That’s why I told you earlier I wish I would have discovered DJing sooner, it would have been nice to go back and forth. Not that I hated what I did, it’s just that people just see it in your face when you’re playing the same song over and over. Today it seems like everything is so much faster, so much promotion, it doesn’t really matter how good is the music, it’s how well you can promote it. Streaming services like Spotify, when they’re saying to be relevant today as an artist, you have to release every week or every two weeks, it doesn’t give artists time to breathe. It feels like your hands are tied or you have like a ticking clock always concerned about how people will forget about me. I’ve gone through that stage, but I think the older you get, the more comfortable you are with the fact that what is important is being happy that 10 years later, when you listen to your music again you can say I’m glad I did it the way I did.

PAN M 360: Since you are known as a live guy, do you ever think about going live with Invisible Nation?

Sid Le Rock: You mean like from the like performing side? Yeah, can you imagine a drum circle, that would be fantastic! It would have to be within North America because it’s a big production to travel around, but playing a couple of shows here and there would be a really nice thought to do. From the aspect of traveling around Europe, it would be pretty much a one-man show, as usual. The next step is to make the recorded music more live functional for a live performance.

PANM 360: Given the political and socio-economic situation of the First Nations in Canada, the title of your album sounds like a political statement. What are your thoughts?

Sid Le Rock: I totally know where that’s coming from, it really wasn’t the impression I want to make. Of course, it’s added to the fact that Native American aboriginals are always going to have that message behind it about the misrepresented and the social inequalities that they’re going through. So when you’re putting out a record it does come off as if it’s kind of a political view but really it was more in a perspective of paying my respects to my heritage to the sound, to the culture, and something that I was always fascinated by, from my growing up North in Ontario where it was very common to have a pow-wow and things like that.

Pan M 360: Yes, and about that heritage, you’re talking about I was wondering what was your relationship with music before you decided to become an artist?

Sid Le Rock: Music was always a big part of our family, from my dad playing the fiddle or the harmonica to my mom being a music teacher. I was too busy playing with the neighborhood kids so I actually didn’t take advantage of those skills at an early age, but later. I even remember my dad used to do these vinyl parties, where he would invite neighborhood kids and we would have these games at the party where, if you won this contest, you would get vinyl from his record crate. I’m just reflecting on it down and like wow, giveaway record collection to kids who had no turntables probably. During my early teens I was hanging out with friends in a small town there was not much to do, and so we were all influenced by hip hop and excited to do our own little thing. It all came together, where I felt that spark not just as a listener, but as someone who wants to be more involved in the process of making music.

PAN M 360: Finally this album, by joining your roots, seems like it’s closing a loop.

Sid Le Rock: It’s almost like a reflection, or like homesickness that I have for Canada. I try to get back to Canada once a year to visit them, but you see a major difference, you see more gray hair, more wrinkles and I think it’s an album that speaks a lot of value like a return to Canada in a way, you know so yeah eventually I’ll get back home, and then I guess that’s my calling card to say that, with this music I’ve released, this is a promise that we’ll be back home soon.