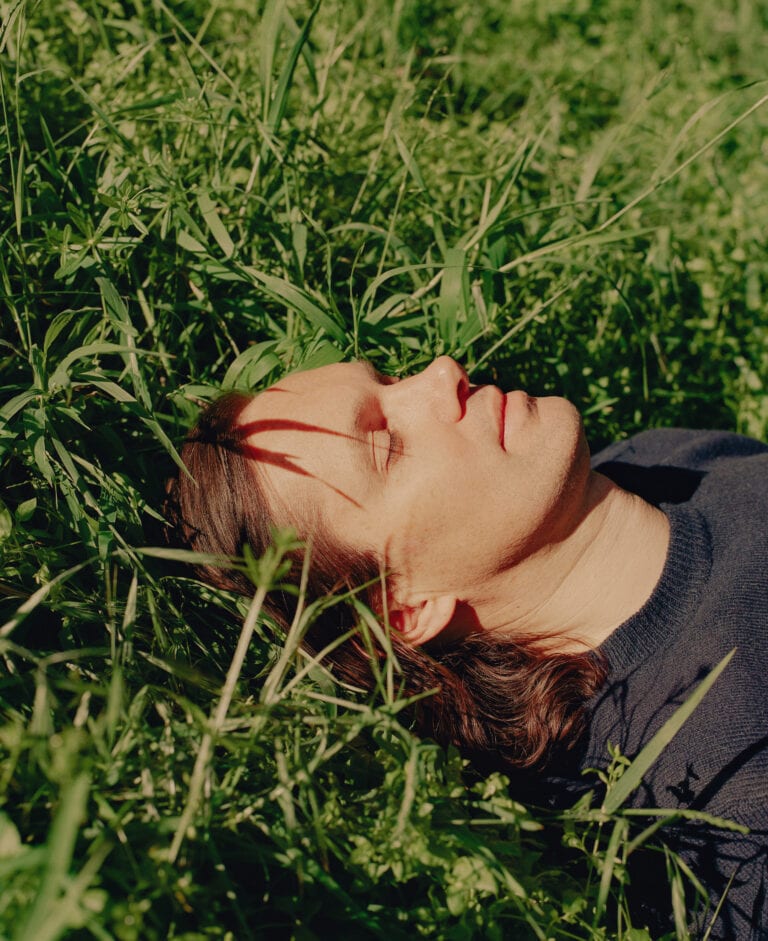 Mike Milosh: Rhye and other paths

Mike Milosh is Rhye, and more. The release of Home, the third studio album from the Canadian singer transplanted to California, is the pretext for a conversation about his work.

In 2013, Rhye released Woman, an album that heralded a most promising career.  A magnificent countertenor voice, cautious use of digital technologies, inspired melodic proposals, extremely refined pop. We swooned, and here we are seven years later.

Rhye was initially a duo made up of Canada’s Mike Milosh and Denmark’s Robin Hannibal, but the latter abandoned the project before it even took off, due to contractual conflicts for another recording project, the group Quadron.

Under the pseudonym Rhye, Toronto-born (now in Los Angeles) Mike Milosh has since released the album Blood in 2018 and the EP Spirit in 2019. His film scores, a dancefloor project he plans to do with the world-famous producer Diplo, and the high-flying works he created for Secular Sabbath, an immersive event concept designed with his wife Genevieve Medow Jenkins, are among his several creative projects.

Now comes the imminent release of Home, under the Rhye banner and on the Last Gang label. Composed in 2019 and 2020, Home was recorded at United Recording Studios and Revival at The Complex (Earth Wind & Fire), and mixed by Alan Moulder (Nine Inch Nails, Interpol, My Bloody Valentine).

This is an excellent opportunity for a chat with Mike Milosh in early 2021.

PAN M 360: Listening to your new album, it seems obvious that you are not working alone, right?

MIKE MILOSH: I work alone at first, then I surround myself. I’m responsible for all the production, I do most of the composition and writing, then I team up with other musicians to raise the proposal. About 30 musicians take part in my projects, eight of us are on stage during my tours. I constantly have to adjust with this group of colleagues who have families and cannot always be free for long periods.

PAN M 360: There was a five-year gap between the release of the first album and the second. Since then, 2018, however, three albums have been released. How do you explain the first hiatus, which was much longer than the others?

MIKE MILOSH: I’ve given more than 800 concerts since 2013, I’ve toured a lot. I toured for five years after the first album, but I had contractual problems with the label at the time (Polydor), I had to get out of that contract by touring and reaping the income necessary to achieve my goals and find a new recording contract. It was very complicated to do this, legal fees, etcetera. There was a big black cloud over the Rhye project, it eventually dissipated. So I recorded Blood, then Spirit, a piano-vocal EP, which then led me to the creation of Home. It’s amazing how far I’ve come! I don’t really have any regrets, the past is the past and I’m still making music, which is what I like to do most in life.

PAN M 360: You had a contractual agreement with Universal (Polydor), a major, you’ve finally chosen an independent record deal. What justifies this choice?

MIKE MILOSH: Shooting or recording with a lot of people is expensive. I became a kind of entrepreneur, I had to really think about the expenses and the possible survival of the project. I have to reinvest the profits in the heart of the project and sacrifice any excessive expenses, especially lighting. I assume that my show will be intimate and really dedicated to music. So I see myself in a way that the music industry doesn’t see me, as a singer, director, composer, producer. I also have to vary my projects, which I do with great pleasure. When I compose for the cinema, it’s closer to classical music. I can also do classic rock, I have a more dancefloor project going on with Diplo, I also do the ambient music for Secular Sabbath, a project with my partner Genevieve that welcomes people in an intimate environment where music rubs shoulders with relaxation and gastronomy. I love making music in many forms, I also love photography and painting. I don’t see myself as a celebrity, I’m a relatively well-known musician who has to wear many hats, including the one that allows me to make money to keep going.

PAN M 360: Listening to Home leads to this observation: music recorded in the studio is closer to a performance on stage. How to explain this transition from an electronic production to a production based on instrumental music?

MIKE MILOSH: Before, I went through a phase where I was doing a lot of production, including many processes inherent to the use of digital technologies, a lot of editing as well. Now, the new album doesn’t have MIDI (musical instrument digital interface), everything is much more organic. It’s, I think, the consequence of my tours where there were eight of us on stage. No computers taken into account, the emphasis is on the uniqueness of each performance. When I compose now, I try to see how it translates on stage, how it can vary from one night to another. I play several instruments myself: drums, cello, most keyboards. I’m very interested in synthesizers, I can also write string arrangements. All in all, each instrument involved is really played by a human being.

PAN M 360: But why did you give up the electro side of your early Rhye material?

MIKE MILOSH: You know, Rhye remains Rhye. Before launching this project, I had another electronic project called Milosh, a pop project close to songwriting but electro. There was a time when I used to love electronic production, but at a certain point I got bored with the use of the computer. My body wanted to listen to real instruments, real strings, real wind instruments, real drums, a piano sound resulting from a subtle adjustment of the recording. There is in the instrumental performance this magic that is missing in electronic production, although the experimental side of electronic music remains very interesting for me.

It’s less interesting for me as a director. I’m currently interested in the textures of the instruments, the natural reverberation, the careful use of microphones, the warmth of analog technologies. But it remains the same style, my approach is centered on my ability to sing and compose songs. It’s always me you hear in the end. I don’t reinvent the wheel. I want to record what I like to hear in a song, in the sense that there is often something missing in pop production and that’s what I try to fill in.

PAN M 360: What do you think are the distinctive features of Home?

MIKE MILOSH: On this album, my dearest achievement was the recording of a Danish choir of about 50 female voices. It wasn’t easy to bring these singers together in one room and get the best out of it; the operating costs are high, the choral arrangements have to be well done, but it was quite natural for me to arrange these voices as it was the case with the strings on this recording.

On the other hand, I was very careful to maintain the balance of the arrangements, not to overload them, to arrange them soberly, to put the pieces of the puzzle together. In fact, it’s all a continuous process whose link is none other than myself. Basically, it’s similar to my early electronic recordings, although the means to achieve it are different. I’m trying to capture the human spirit involved, mine and that of my collaborators.

PAN M 360: On the lyrical side, can you explain the link between inspiration and result?

MIKE MILOSH: The inspiration for these songs comes mostly from real-life experiences. In my opinion, each of my songs must be embodied in real life experiences. My personal life and my artistic expression, therefore, are intimately merged. Of course, I try to exclude direct elements of my private life in my song lyrics, but my own experiences are certainly reflected without anyone knowing exactly what happened.

MIKE MILOSH: I’ll give you two. The song “My Heart Bleeds” was a work in progress, I was working with a colleague in Los Angeles at the time, I wasn’t sure where I was going and I decided to wait for the idea to take shape. While I was waiting, my colleague’s African-American cousin was the victim of a racially motivated crime – she was stabbed, and fortunately got away. This event obsessed me… and clarified the idea of the song. Currently, there is a lot of racial tension in the United States, it affects me a lot and the lyrics of “My Heart Bleeds” is finally the result of this state of mind. Even though I don’t address this fact directly in the song, the text is a result of it.

In “Sweetest Revenge”, I express this idea of not conveying hatred and aggression towards anyone who can hurt me. I feel it is better to get on with my life and try to be happy. There is no point in taking revenge, the best therapy in the face of aggression is to move forward and find beauty in life.