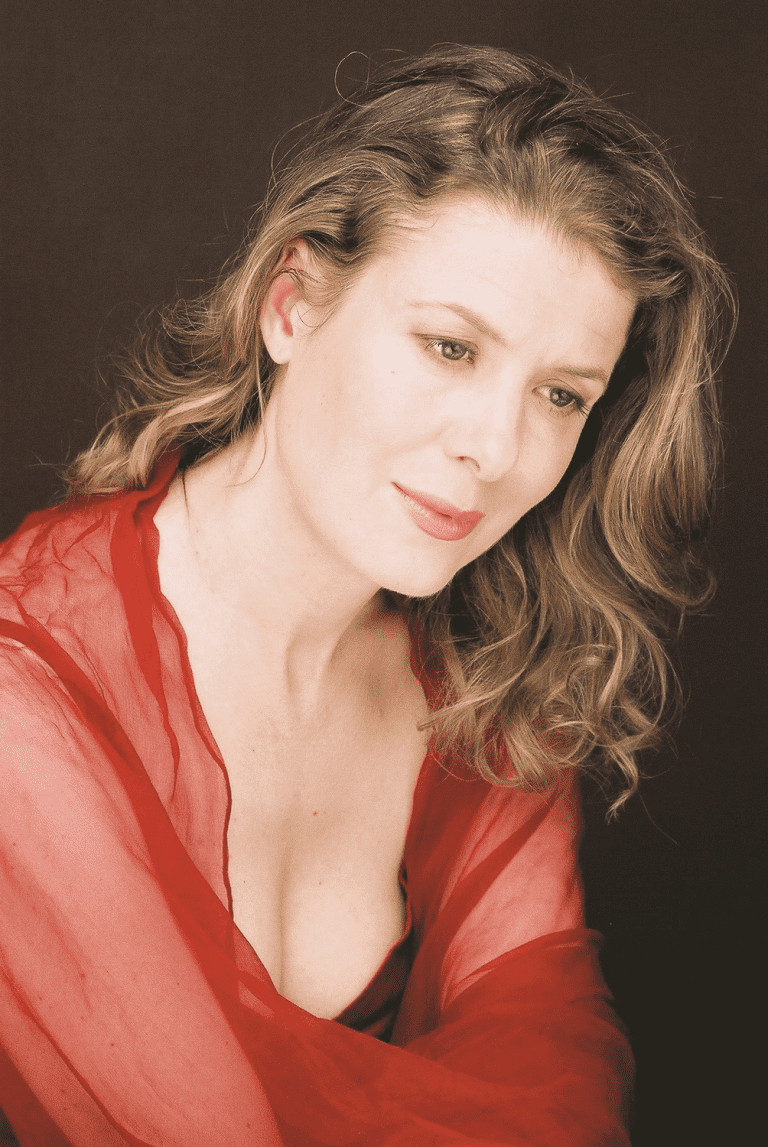 Traditional Christmas songs and baroque instrumental pieces intertwine and plunge us into the atmosphere of Christmases long ago. Soprano Meredith Hall, an excellent interpreter of these ancient repertoires, joins La Nef and its period instruments to evoke the Nativity this Tuesday in Bourgie Hall.  This material includes a recent recording by the singer and La Nef, “Oikan Ayns Bethlehem / Celtic Christmas Songs”, released on Atma.

PAN M 360: The program on the Bourgie websiste says « vocal and instrumental music from France, England, Ireland and Scotland ». Can we be more specific? Is it the repertoire from “Oikan Ayns Bethlehem / Celtic Christmas Songs “?

Meredith Hall :   Some of Celtic songs we have recorded previously on Oikan Ayns Bethlehem,  but much of this program, (including all of the french repertoire) is relatively new for La Nef and myself. We recorded it last year for a European broadcast but this is the first time we will present this program to a live, in-person audience.

“Noëls Anciens” is quite diverse. It includes traditional folk carols and instrumental tunes from France, Ireland, Wales, Scotland and England and the Isle of Man.  Some of these are quite ancient -their earliest origins are unknown but most were assumed to be in existance by the 1600’s.

The audience will also hear French Noëls drawn from the rich organ  repertoire of French baroque composers Pierre Dandrieu and Louis-Claude Daquin. Sylvain Bergeron has re-arranged these keyboard works for the bowed and plucked instruments of La Nef, along with baroque flute. The result is a magically transparent and luminous sound in pieces that  range from deeply contemplative to sweet playfulness.  Another unique addition to this program is the haunting “Eesus Ahatonnyah” which we have created in a new arrangement in three languages, Wendat, French, and English. The words were writen in 1642 in Wendat by Jean de Brébeuf, a Jesuit priest who learned to speak Wendat as part of his mission to convert the Wendat people.  Brébeuf included elements of traditional Wendat spirituality in his poetry, and I was very concerned to present this piece in a way that was respectful to the Wendat people and culture.  The magnificent poet and singer Andrée Levesque Sioui, who lives in Wendake and is part of the strong and continuous tradition of Wendat culture, generously taught me the Wendat pronunciation for 2 verses of the song. She also helped me to slightly rewrite the better known French and English versions to help them better reflect Wendat spirituality.

Meredith Hall : Before the internet, we spent a lot of time in the music libraries of McGill and the University of Toronto, searching through old collections of folk  music like Playford’s “The English Dancing Master”, and the “Scots Musical Museum”. Sylvain Bergeron is a good detective – he has a great instinct for knowing which  deceptively simple tune from the 1600’s or 1700’s, will hit the ear in a fresh way, or will touch your heart, or make you laugh.  I am very word oriented, always looking for the story or the link to traditions.  And I like to play around with texts, sometimes matching familiar words to a less known tune as is the case with the 19th century lyrics of ” What Child is this?” which I have paired with an old Irish tune, “My Lagan Love” ( it is normally sung to the tune of greensleeves). And many of the instrumental tunes suggested themselves for a winter program because of their titles, like our “cold suite” which contains traditional english dance tunes with names like”On the Cold Ground”, “Drive the Cold Winter Away” and “Cold and Raw”.

PAN M 360 : Have you already performed live this repertoire with La Nef?

Meredith Hall: I have performed about half of the songs with La Nef before -including one of my most favourite pieces that I have ever sung  “usheg veg ruy” ( little red bird) – a sweet winter lullaby from the Isle of Man, that depicts a cold little bird searching for a warm place to sleep. We recorded the full program for Euro Radio broadcast last December but this is the first time to perform the french and Wendat live.

PAN M 360 : What can we know about your artistic and professional relationship with La Nef? How came this actual project of recording and live performance?

Meredith Hall :  I have had the great joy of collaborating with La Nef for more than 20 years.  I first met the artistic director, Sylvain Bergeron when we collaborated on a Monteverdi project with the Toronto Consort in the late 90’s!   After a few more collaborations in renaissance and baroque projects, we discovered that we both loved traditional celtic music. We began to explore this repertoire with La Nef, using a unique blend of instruments, from very courtly baroque instruments like gamba and theorbo and recorder, to more folky instruments like nyckelharpa, hurdy-gurdy, irish flute, and bagpipes.  I guess you could call the approach baroque/folk crossover.  I grew up singing folk music in Newfoundland, so for me, vocally and interpretively, it was just coming home to my roots, singing naturally, telling the story.

PAN M 360 : How will you approach those vocal pieces ?

Meredith Hall :  they need complete sincerity and a straightforward sweet and warm tone. None of the athleticism or bravura sometimes neccessary for opera. My best singing moments are when the music makes me so happy I can feel a smile inside my eyes and it spreads to my throat and chest.  And when I can feel that the audience is truly sharing the story as I tell it in song.

PAN M 360 : How did you develop vocal techniques, I mean baroque and more recent operatic music ?

Meredith Hall :  I took bachelor and master degrees in Vocal  performance at the University of Toronto, then studied technique with Laura Sarti at the Guildhall of Music in London, England. From my earliest studies my interest was always lieder, and earlier music, from the middle ages up to Mozart.  The marvellous harpsichordistand forte pianist, Colin Tilney, was a big inspiration for me as I had the luck to collaborate with him often in my student days. Emma Kirby inspired me tremendously with her vocal clarity and expressivity. Also I learned rennaisance and baroque style on the job with the Toronto Consort and with many important roles with Opera Atelier and the Baroque Orchestra Apollo’s Fire. The Conductor Nicholas McGegan taught me a lot, through his always dancing, alive approach to Handel.

PAN M 360 : Do you consider yourself mainly involved in the baroque and ancient music repertoire? Do you prefer this ancient/baroque/folklore repertoire?

Meredith Hall: I can enjoy singing many styles of music ( including jazz!) But I am most at home and most myself in the ancient and folk music.

PAN M 360 : What are your next recording and live performance projects?

Meredith Hall: I am preparing a program of music  with period harpist Julia Seager-Scott based around the life and works of the writer Jane Austen.  And I am collaborating on a very important cycle of songs with Toronto composer Frank Horvat entitled Fractures, which explores the theme of Fracking ( an environmentally dangerous mode of Oil and gas extraction) and how it affects humanity.  It is a very intense and emotional project, because the looming environmental crisis is so terrifying to me, especially as a mother.

Vocal and instrumental music from France, England, Ireland, and Scotland