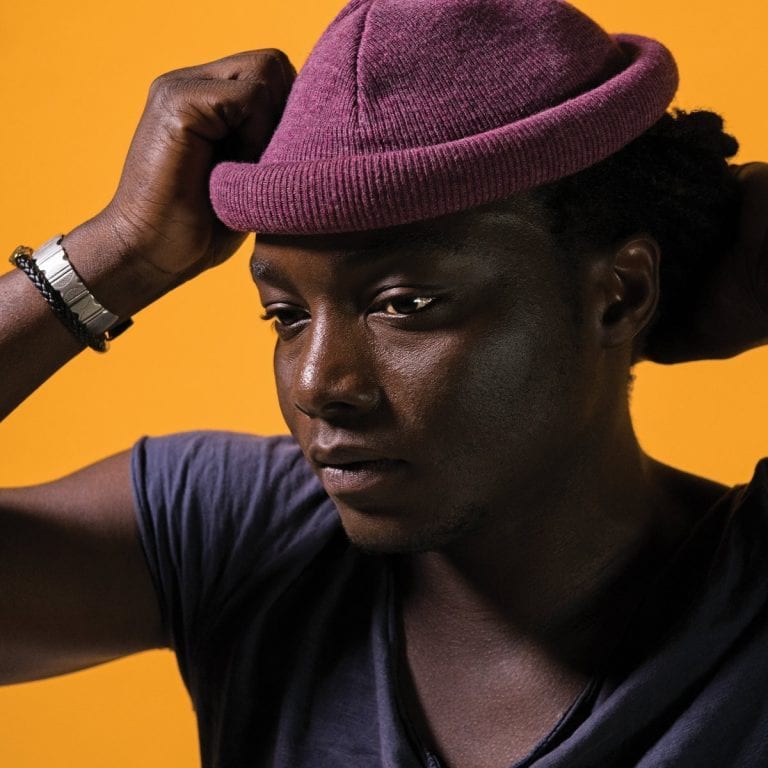 Ilam: When Senegal rhymes with Montreal

A West African style voice, Senegalese singer Ilam chose Montreal as his base

Montreal can count on beautiful voices from West Africa. Ilam’s voice is among those that generate the most impact with the Afropop-prone audience. In the context of the necessarily virtual Nuits d’Afrique, the singer’s show is at Le National, as scheduled before the restrictive measures excluding the public from the concert halls. A webcast will compensate as will this conversation with PAN M 360.

PAN M 360: What has your journey been? Where exactly did you grow up? Who trained you as a singer and musician? How did you come to Montreal?

Ilam: I grew up in Dakar, Senegal. I’m of Fulani origin, my parents come from the north of the country. Pulaar is my mother tongue, it’s very important to me. Of course, I learned Wolof, the most common language in Dakar. So I mix Pulaar and Wolof in my songs, just like French. I started my musical career with a hip-hop group. At the same time, I was studying at the Conservatory of Music at the l’École Nationale des Beaux-Arts in Dakar, where I was perfecting my vocal technique with Professor Adolphe Coly, who is not a traditional singer but rather has a Western classical background. In Dakar, you can find very good music teachers, but it’s not like in Montreal. Institutional teaching is not as well developed; musicians have to be resourceful if they want to perfect their musical education. So most competent teachers give private lessons. Personally, I’ve mostly continued to teach myself in order to arrive at the music I make today. It’s a love story that brought me to Montreal in 2014, after a short stint in Thetford Mines. I came to live in Quebec because I have family here, my son lives here. I had left directly from Senegal; I had never travelled to the West before.

PAN M 360: Let’s talk about West African pop, which had its heyday in the ’80s and ’90s. Three decades later, where does it stand?

Ilam: It’s a continuity. At the time, there was a lot of talk about Mory Kanté, Ismaël Lô, and Angélique Kidjo, who guided me a lot in my music. I can point out other influences – Fara Freddy, Baaba Maal (who is Fulani like me), Ali Farka Touré, Oumou Sangaré. Today, many artists, including myself, are inspired by this African musical heritage and are enjoying a certain success. In addition, I listen a lot to the neo-soul of Anderson Paak and Melanie Faye, or the blues of Gary Clark, Jr., or reggae, or even flamenco of Concha Buika. So my music is a fusion of my traditional influences, Afropop, and other sources from outside Africa, but the African part of my music is the basis of my work. Thus, I sing in Pulaar, Wolof, but also in French and English. Beyond languages, music is first and foremost a question of emotion.

PAN M 360: In what way can Senegalese Afropop regenerate, without sounding old-fashioned or dated, stuck to the sound of Youssou N’Dour, Baaba Maal, and Touré Kunda?

Ilam: Music is above all originality, but it is also emotion. It’s an identity that must belong to each artist. Certainly, artists have left their mark on Senegalese Afropop, but many new sounds are currently emerging. We’re talking about a contemporary, modern, urban Africa. This translates on several levels, including that of music. It’s this Africa in full evolution that I also want to show in my music. These same experienced artists also trust the new generation to bring new things. For example, I had the opportunity to do a duet with Baaba Maal on my last album, Néné, and it’s this confidence that I felt, this willingness to let the new generation speak for themselves. The most important thing remains to showcase African musical culture all over the world. Afropop is regenerating itself, but we must also be able to show it.

PAN M 360: How do you go about proposing something different from the Senegalese clichés regarding Afropop?

Ilam: My artistic approach is precisely to break down the clichés that most Western audiences may have absorbed. My music is a mix of Afropop, with blues, a bit of flamenco, and sometimes reggae… but Senegalese mbalax is not one of the styles I explore, even if I sometimes dance to it, like any Senegalese. So I don’t try to do what already exists, I try to create and propose my own musical universe. I like to mix tradition and modernity in my music. For example, in my sound there’s a bit of kora, djembe, “tribal”, and other sounds. Also, my modern musical influences are very varied, many different musical styles have left their mark on me. By keeping my identity, I want to make music that touches everyone and represents the current Senegalese music scene. In reality, for me, there are no clichés in Senegalese music, and that’s precisely what I want to demonstrate.

PAN M 360: Is your music gradually distancing itself from your cultural origins, since you’ve been living in North America?

Ilam: Yes, a little, because inspiration is also found through the environment in which we evolve. I’ve had the opportunity to meet many artists, to attend many different concerts here, ranging from traditional Quebecois to other musical styles such as flamenco. This cultural mix makes Montreal’s music scene very rich. It certainly influences my music. I am sad to see that some of the meeting places I used to go to are closing down at the moment. But the artists are still here. It’s a good experience that I’m living here.

PAN M 360: How do you find your inspiration in Montreal?

Ilam: Musically, Montreal is a real inspiration for me. Sometimes it seems to me like the whole world in a scale model. There is a great cultural diversity, and it’s different from where I come from. Inspiration can come from all over the place – during a jam with other musicians, when I’m nostalgic for my homeland, when I meet new people… But living in Montreal has changed my outlook a lot. I saw a lot of people playing instruments, it was very inspiring for me. I see more professional opportunities there. And my tastes have also changed. This new life has made me more open to different musical styles. I’m lucky enough to have enough fans who want to attend my shows, which is why I was scheduled to perform at Le National. I’m really happy to be able to count on a mixed audience in Montreal, from different generations and cultures.

PAN M 360: How did you put together your band in Montreal? Can you introduce us to your musicians, and the type of instrumentation you offer?

Ilam: Most of the musicians I work with today, I met at jams when I arrived in 2014. There’sAssane Seck on guitar, Donald Dogbo on drums, Mathieu Gaultier on bass. We usually play as a quartet, but I sometimes play with others as well. What’s important for me is to play with good musicians who understand my music while having their own universe, and especially with whom I share the same feeling. And, no, there’s not a lot of electronics in my music, because I like to see the instrumentalists at work. I feel more connection, a greater symbiosis. Nevertheless, I listen to a lot of electro music, but I prefer instruments to programming for my own artistic project.

PAN M 360: What are the differences in composition and production between the album Néné, released this past spring by GSI Musique, and your album Hope, which was launched in 2016?

Ilam: The album Néné is a big production for me, bigger than Hope. Néné is also an album developed between Montreal and Ivory Coast (with Sony Music Africa). It involved more musical research as well as the participation of great artists such as Baaba Maal, an African monument who came to Montreal to record a track, “Meta Jah”, with Yann Perreau. It is an album of exchange, communion, sharing, and a certain musical maturity.

PAN M 360: How is your music received in West Africa?

Ilam: My music is well received in West Africa. The general public is beginning to discover me there, it’s always a pleasure! Every year, I go to Senegal to give concerts with the Canadian Embassy or the Quebec Office. It’s always a pleasure to be able to have people discover my music there. The public is always very receptive. I would love to record my next album in Dakar. I would like to do an artist’s residency there and invite Senegalese musicians to take part in my musical journey.

PAN M 360: What are your future plans for your career, beyond the pandemic?

Ilam: I’m working on my next album, it’s my next big project. And I hope to be able to hit the road again in the next few months and bring the album Néné on stage, on several continents, as planned. We have to do shows in other forms, but I can’t wait to play, with my band, in front of a real audience!