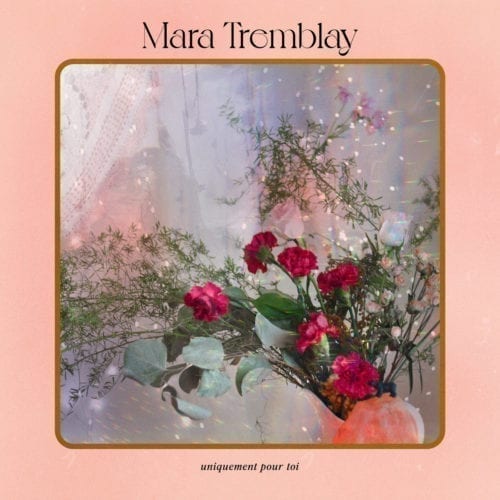 A quarter of a century ago, when she was rubbing shoulders with les Colocs and Mononc’Serge, who could have foreseen that Mara Tremblay would become one of Quebec’s most accomplished musicians, lyricists, and singers? Yet that was the fate that awaited her. She certainly didn’t become a mega-star capable of filling the Bell Centre, but she could count on a lucky star, on an audience large enough to support her creative process. A durable career? She’ll likely succeed once again with Uniquement pour toi, an album released at the end of a difficult period – her son Édouard left the family nest, loneliness, depression, psychological health problems, and then the light at the end of the tunnel, a redemptive trip to Nashville, a new lover, ten new songs. Uniquement pour toi evokes this slice of life. Most of the lyrics are by Mara, with the addition of two gems of songwriting by Stéphane Lafleur, without doubt one of the most gifted lyricists in francophone America. In this case, he’s perfectly grasped where the free will in Mara’s karma lies, with succinct rhymes and great inspiration. The music was essentially concocted by Mara, in concert with guitarist and multi-instrumentalist Olivier Langevin, colleagues for a seventh album that excludes all redundancy. The Americana approach to which the musician has accustomed us over time gives way here to an astonishing and superb mix of psychedelia, space-rock, prog, folk-rock, country, and ambient. Guitars, keyboards, synths, software, effects pedals, electronic gizmos, drums and bass are thus at the service of a generally soothing, often ethereal, evanescent voice of delicacy… only for us.