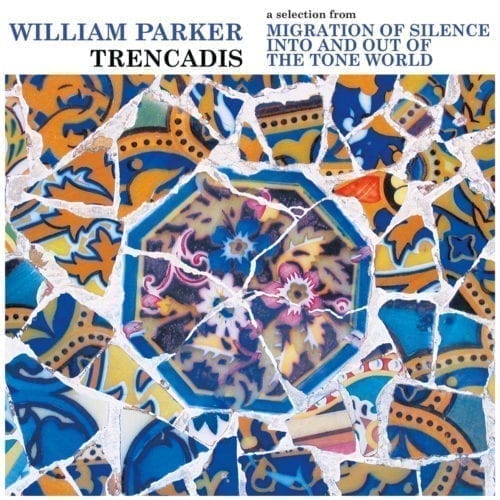 At 68 years old, band leader and double bassist William Parker shows no sign of curtailing his creative activities, and continues to seek out the meaning of music and its mystery. Now he’s offering a preview of a cycle entitled Migration of Silence Into and Out of the Tone World – I’ll leave you to meditate on the use of prepositions – which will be no less than ten CDs, and will be released at the end of the summer.

We don’t know if each of the selected pieces is the best of its respective disc, but the quality coefficient is high. Starting with the one built from interview excerpts of author James Baldwin, accompanied by Ellen Christi’s electronic ambiences, Jalalu-Kalvert Nelson’s trumpet and Parker’s double bass and percussion. Loud. Immediately following is a piece with frugal instrumentation – female voice (Fay Victor), frame drum (Hamid Drake), and guembri (a North African skin string instrument also called hajouj) c/o W. Parker – but which has the merit of taking us into a vibrant, primitive, unadorned universe.

The choice of instruments is often the magic formula that gives access to such new realms. This is the case on “Leoni”, featuring Ariel Bart’s harmonica, Jim Ferraiuolo’s oboe, Parker’s muted trumpet and Andrea Wolper’s voice, supported by a classical jazz rhythm section. The same is true of “It Is For You”, which, although taken from an album called Mexico City, is based around an oud – an instrument that has nothing to do with Mexico – and ends with the leitmotif “Never give up”; we’re surely in William Parker’s house now. The same goes for “Lakota Song”, from the album Manzanar. Manzanar is sacred Native American land in California that served as an internment camp for Japanese-Americans from March 1942 to November 1946. This piece features the Universal Tonality String Quartet, one of whose violinists is Jason Kao Hwang. The piece ends with a superb piece for flute and percussion, with an earthy fragility, as soothing as it makes one think about the order of things in this world.