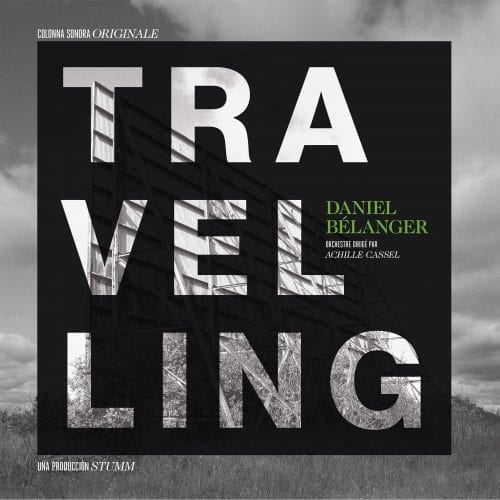 When he gets tired of doing Daniel Bélanger, which he did again admirably in the cycle of the album Paloma, Daniel Bélanger likes to vary his proposals: country, R&B, funky, disco and others on Déflaboxe, works to which Travelling is now added. This time, the instrumental effort is in keeping with the aesthetics of soundtracks for cinema.

“Travelling, constructed like the soundtrack of one or more films, allows one to create one’s own inner cinema.”

Excellent singer, mature lyricist, one can also say that music is the most powerful factor in his art. In different contexts, the singer and lyricist has accumulated compositional experience since the ’80s, and he inevitably recruits top-notch musicians. His ability to achieve high-quality objectives for such a project was beyond doubt. Music adaptable to your personal film, therefore.

The spirit of these belangular works, without words but not excluding vocalisations (pop or classical), flickers through several compositional styles that have left their mark on film buffs, from jazz for film noir to the typical orchestrations of the spaghetti Western. The evocations are numerous, we’ll spare you the name-dropping of the most famous European and North American composers who left their mark on the cinema of the ’60s and ’70s. Consciously or unconsciously, several processes, motifs, phrases, instrumentation, arrangements, and musical genres are quite recognizable.

The melodies and harmonies are generally consonant, more contemporary parentheses are opened, but a certain classicism of several tastefully integrated styles is generally adhered to. The Quebec musician’s touch is not always pronounced, but it does surface at times and make the difference between a stylistic exercise and a striking work. Whatever you may think of it, this is extremely rigorous work from beginning to end, executed with passion and sincerity.