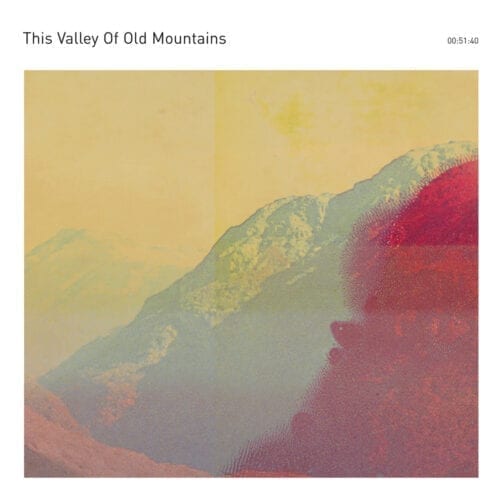 The most devoted among fans of ambient and minimalist electronic music probably know New York’s 12k label. It was founded in 1997 by Taylor Deupree, who wanted to realize his vision of an organic electronic music with a philosophy that the public shouldn’t be led by the nose. Absence of promotion, sleek covers, serenely abstract sound universes – at 12k, everything is thought out with a precise objective: to leave the field open to the listener’s imagination.

This Valley of Old Mountains is the name of the duo that Deupree forms with the South American musician Federico Durand, one of the artists who have been in his stable for a few years. According to the label’s website, the music on their first tandem album is the folklore of an imaginary country, an exchange of sounds telling stories inspired by the mountains that separate the two artists. The record was effectively conceived at a distance, the two creators living in New York State, USA, and in the province of Córdoba, Argentina, respectively.

Listening to the album, it’s easy to imagine the two sound seekers gleaning sounds from nature. You can hear snippets of bird songs in the bucolic “Honii”, the track piece on the program. Close your eyes, and you can visualize the bubbles in which each of the craftsmen has placed these doctored sounds, to travel from one hemisphere to another. Then, one by one, these electronic bubbles pop, and tell their sibylline stories. This Valley of Old Mountains is a delicate marvel, an ambient poem too comfortable to abandon.