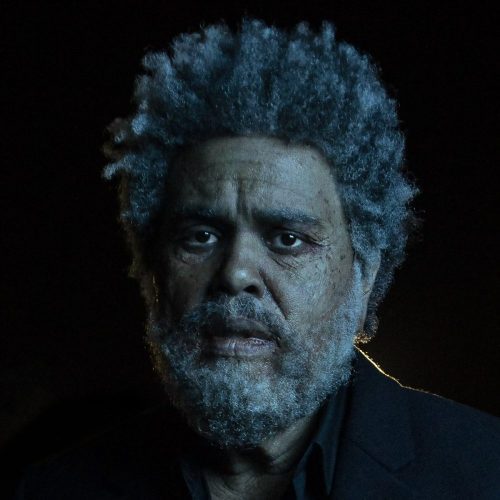 Just over three years after Vince Staples’ FM! and almost 44 years after Paul and Paul’s RÉMI AM/FM, Toronto’s Abel Makkonen Tesfaye—aka The Weeknd—drops his Dawn FM. In the last third of the opening track, a smooth-voiced host (semi-retired actor Jim Carrey, who recurs in the middle of the album on “Out of Time” and at the end on “Phantom Regret by Jim”) serves up a metaphysical rant about the eminence of death and encourages listeners to relax, as an hour of music awaits them on 103.5 DAWN FM. The Weeknd uses this fictional radio concept sparingly, as did The Who (The Who Sell Out, 1967), Yellow Magic Orchestra (×∞Multiplies, 1980), Roger Waters (Radio K.A.O.S., 1987), and Queens of the Stone Age (Songs for the Deaf, 2002).

For The Weeknd, the recent era of Kiss Land (2013) is already far away, artistically: no more darkwave impulses and evocation of the size of his willy. Abel Makkonen Tesfaye is now one of the Lords of the Poposphere, he favours acceptable words, as well as a sound inspired by the Japanese city pop and the most nourishing breast of the soul-R&B-pop of the last 50 years: Michael Jackson.

It’s no coincidence that between “Sacrifice”—a direct tribute to the rhythm of “Wanna Be Startin’ Somethin’”—and “Out of Time”—an equally direct tribute to the chorus of “Rock with You”—, we are treated to a confession by Quincy Jones, the sonic architect of Thriller and Off the Wall, reminding us of the “Giorgio by Moroder” heard on the last Daft Punk album. Except that in “A Tale by Quincy,” the very honorable and venerable Jones recalls much more painful episodes. The Weeknd briefly slows down his Jacksonian momentum for a nod to Dépêche Mode on “Don’t Break my Heart,” then does it again with “I Heard You’re Married,” a fast-paced ballad during which the eminently likeable Lil Wayne goes on the album’s most raw and eloquent tirade.

“Less Than Zero,” the penultimate track on Dawn FM, has no apparent connection to its namesakes, the Bret Easton Ellis novel and the Elvis Costello song. Jim Carrey closes the album with the Christ-like wish found in John’s gospel, chapter 20, verse 21: “Peace be with you.”

Dawn FM will please aficionados fond of “saint pop,” that is to say synth-pop mixed with spirituality.