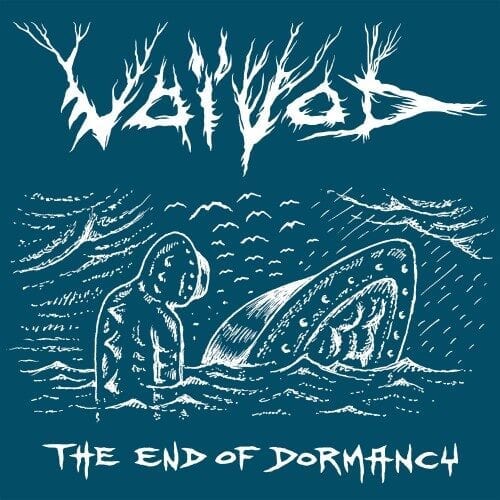 The release of the album The Wake in 2018 allowed Voivod to achieve a certain institutional consecration. Even though the band hasn’t had anything to prove for a long time, the Juno Award for best metal album and an invitation to the Montreal Jazz Festival crowned the career of this unique band. Their appearance at the Jazz Fest is, in a way, a pretext for the release of this recent EP.

“The End of Dormancy”, which can be found on The Wake, benefits from new arrangements here, care of guitar virtuoso Dan “Chewy” Mongrain, giving lots of room to a brass section. The result is striking and grandiose, reminiscent of the soundtracks of the 1950s Hollywood blockbusters. Chewy himself says he was inspired by Ben-Hur. Basically, “The End of Dormancy” is a rather dark, slow and atmospheric piece that lasts more than eight minutes, and visits typically Voivodian dystopias. The arrangements offer a new perspective, without distorting the basic version. A small tour de force.

For the layman, the futuristic universe of Voivod can sometimes seem hermetic and difficult to access. This EP shows to what extent Voivod can rise above its own traditions, to build a bridge to others who seem at first glance foreign to the band.

A nice interlude, while waiting for the next album.