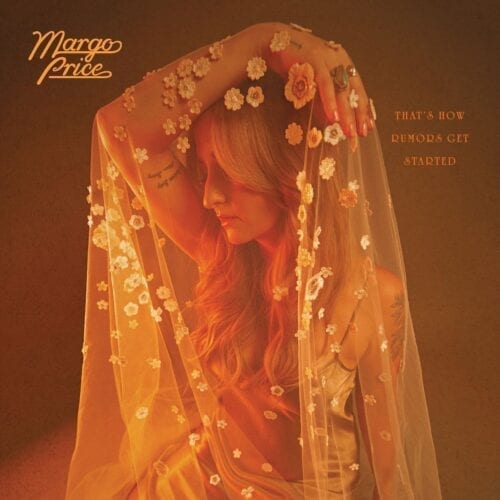 Nashville is attracting more than ever a crowd of Sweetheart of the Rodeo contestants. Illinois native Margo Price, who settled in southern Athens some 15 years ago, could have been one of them. Although she has not officially won the cup, Margo Price has had an enviable career in Nashville. As proof, note her reputation as a local must-have, her two albums – Midwest Farmer’s Daughter in 2016 and All American Made in 2017 – on Jack White’s Third Man Records and promptly widely acclaimed, her popularity in North America and Great Britain, and her oven-fresh new opus That’s How Rumors Get Started, which proves to be amply praiseworthy.

This collection of songs tender and rough, most of which were co-written by Margo and her husband Jeremy Ivey, draws its strength above all from the increasingly nuanced talent and daring – in the face of Nashville conformity – of Margo Price as a composer, singer, musician, and songwriter. Then comes the triangulated production around Margo, Sturgill Simpson, the new outlaw baron of distorted country, and David R. Ferguson, eminent sound engineer and mixer.

Most of the recording took place at EastWest in Los Angeles, in the small Studio Three where Brian Wilson and his mates recorded Pet Sounds. The sessions were enriched by a quartet of accompanists with extensive resumes: from Johnny Cash to Run the Jewels for guitarist Matt Sweeney; from Marvin Gaye to D’Angelo for drummer James Gadson; from Adele to Nine Inch Nails for bassist Pino Palladino; and from Replacements to Elvis Costello for keyboardist Benmont Tench.

Let’s conclude that this enjoyable album overflows abundantly beyond the country-music barrel, given its soul and rock vibes. And that Margo Price, gifted, an accomplished and determined young creator, doesn’t give a damn about being the Sweetheart of the Rodeo.