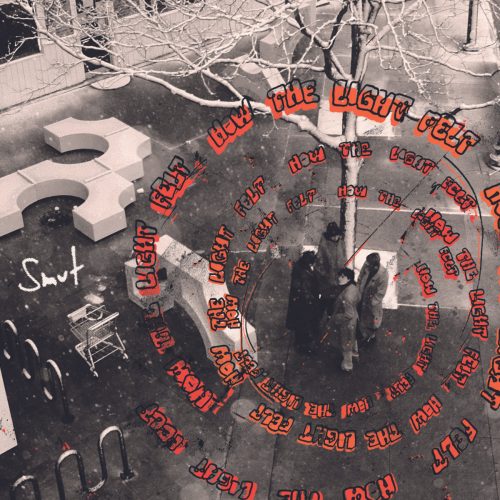 On their sophomore LP How the Light Felt, the five-piece, Chicago outfit, Smut, delivers an invigorated take on familiar ‘90s sounds. Smut has opened on national tours for Bully, Swirlies, Nothing, and most recently, WAVVES. For their latest project, Smut picks apart a mass of emotions—grief, fear, depression—and uncovers a pulse of hope.

How the Light Felt takes a turn from Smut’s first LP End of Sam-Soon (2017), when heavy riffs and grungier vocals held the band’s sound in a grittier plane. Their latest record highlights Smut’s progression over the past five years, taking more cues from dream pop and embracing bright, electric shoegaze tones reminiscent of Cocteau Twins.

The track, “After Silver Leaves,” encapsulates one of the album’s recurring themes of finding comfort in unkind people. True to the lyrics “Feeling rebellious, feeling gigantic,” the song creates a euphoric blend of guitar riffs, synthesizers, and sparkling vocals.

“Let Me Hate” takes a moodier tone, indulging in the deepest grief explored on the album. Vocalist Tay Roebuck is candid about the death of her sister, and the intense anger that is relegated only to her dreams. “Unbroken Thought” plays with electric trills similar to old flip phone ringtones. The chorus forms an eerie, desperate call: “Stay awhile, I’ve been so lonely.” Smut never sinks too low, grasping onto a glimmer of optimism, or at the very least, sonic irony.

Other tracks like “Soft Engine” and “Supersolar” stand out as single-worthy. As the first song on the album, “Soft Engine” breaks into a head-bopping beat, complete with record scratches and droning guitar. Set against punchy drums, “Supersolar” unleashes an effervescent melody that begs for a dance partner.
How the Light Felt is an album designed for tireless replay. Pairing tragic lyrics with zippy electric tones, Smut spins forgotten ‘90s sounds into new cloth. What carries through all ten tracks is a tingling fervor, like your breath on a frosted car window, nostalgia for dark moments.