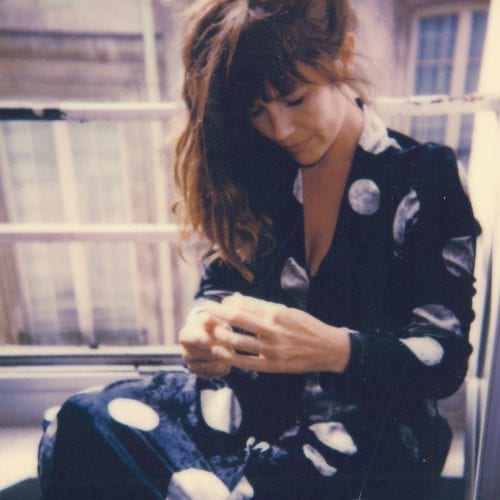 Following 2014’s Parades, Mina Tindle, born Pauline De Lassus, presents Sister, produced by Thomas Bartlett alias Doveman. Navigating the nuanced waters of an iridescent indie pop-folk, for this third album she makes a stop on the shores of the atmospheric: contemplative pauses highlight her delicate voice, reminiscent of Feist, and at times Jeff Buckley, without the excess. Synthesizers, piano, guitars, and cello in turn define the soundscape with languorous chords, notes played with ardour or in passing.

Of French origin and having lived in New York, she writes in both languages, and occasionally the two meet beautifully in the same sentence. Since Parades, the singer-songwriter has drawn on her influences and collaborations, among others with The National (she’s married to guitarist Bryce Dessner). The result is warm compositions with swaying rhythms, soft atmospheres, each instrument knowing how to slip away as if to increase our awareness of the present moment. Through this fine knit is woven occasional piano or strings, punctuating the pieces with repetitive chords while choirs raise their voices. On the dazzling, 10-minute “Triptyque”, the flagship piece of the album, contemplation is at its peak and the piece is embellished with birdsong. Then comes the comforting “Is Anything Wrong”, the piece evoking a lullaby from a musical box. And who better than Sufjan Stevens to sustain this momentum, contributing a piece never officially released but known to his audience, the sublime “Give a Little Love”, where he surrenders the lead to sing backup. Mina’s voice on his music reveals their aesthetic kinship.

If her lyrics deal with the joys and tribulations of love, desire, and nostalgia, as in “Belle Pénitence”, where she sings, “I can’t make it alone, il y a le tonnerre sans toi, l’hiver je tombe là où naît le vent”, her universe is sweet and full of hope. Sister is a path strewn with intimate and luminous reflections, and one ventures along it with the lightness of a child’s heart.