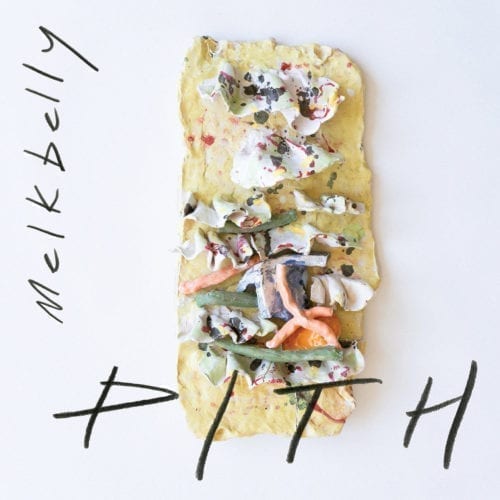 After a debut album as oppressive and abrasive as an anxiety attack, Melkbelly are back in the spotlight with PICH, their most recent release of bulldozer noise and grunge pop on the Wax Nine label, founded by Sadie Dupis (Speedy Ortiz). Even if comparison to the Pixies and Sonic Youth arrive spontaneously, the Chicago quartet is also inspired by the more deconstructed noise-rock bands of the 2000s, notably Lightning Bolt and Pink And Brown. Without totally abandoning the claustrophobic atmosphere of the first album, the songs this time have a noise-pop sound more acidic than angular, more imposing, without becoming cacophonic, which sometimes suddenly turns into a barrier of white noise in slow-motion. The unbridled five-minute marathon of “Kissing Under Some Bats” will appeal to all the oddballs in need of cathartic sound experiences to melt the walls. Vocalist and guitarist Miranda Winter seems almost possessed, which gives the band a rather provocative angle (“Stone Your Friends”). Although her lyrics are not the focal point of the songs, she grimly describes the upheaval of her daily life after the loss of a friend, or scrolls through absurd images inspired by the world of Grimm, but too twisted for children. Without reinventing the wheel, Melkbelly deliver an album of scathing but melodious noise that heralds an even more powerful live experience. A concert of the band is scheduled at the Vitrola on August 19.