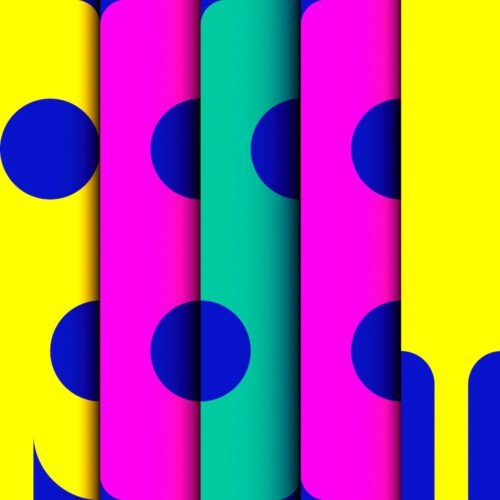 Noah Lennox (Panda Bear) teams up here with his colleague Peter Kember (Sonic Boom), an artistic relationship that dates back to the beginning of the previous decade Kember had previously co-produced Lennox’s Tomboy (2011) and Panda Bear Meets the Grim Reaper (2015), leading to this collaborative debut album. The starting point for this Reset is summed up by Sonic Boom’s electronic treatments lavished on some of his favorite albums. This material has been copied, processed, transformed and used as the basis for this placid and refined album of perfectly consonant songs. In fact, much of the album is built on these loops taken from the intros of various pop songs of the 1950s and 1960s, loops over which Panda Bear and Sonic Boom sing. These pop reconstructions are seemingly light, yet packed with substantial real instrumental additions and multiple layers of delicately placed electronics. Harmonized vocals a la Brian Wilson/Beach Boys are a strong inspiration in the patent, one also spots doo wop or ranchera/mariachi vocal approaches, one smells flavors of old Spanish pop, Paul Simon folk pop and more. There are guitars, light percussion, there is California, there is Mexico, there is the tropics, there is all kinds of western technology and it sounds relatively little. We’re not exactly in the avant-pop of Animal Collective or Spacemen 3 anymore, we’re more in anthological synth pop, very tasteful.  The perceptions of Reset can change, it must be said, because one can have the impression at the beginning of a collage/mashup without interest, and the approach ends up triumphing. Like Reset, other Panda Bear or Sonic Boom albums have no apparent artistic stake and… feel good while their gems start to sparkle.