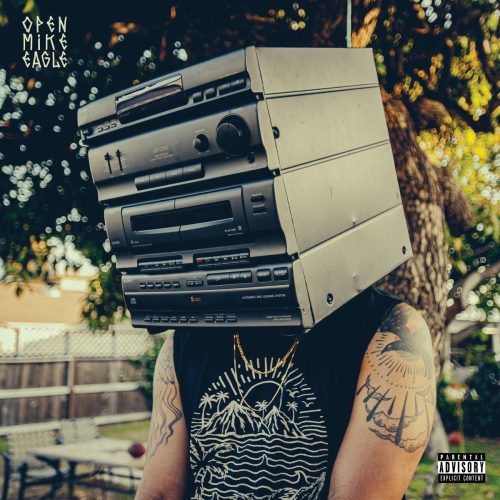 Underground emcee and legend in the freestyle rap scene, Open Mike Eagle is back with his latest project entitled Component System With the Auto Reverse. In what is true to Open Mike and his style over the years, Component System is also seemingly an ode to the legendary and iconic MF DOOM, a clear inspiration and former peer of Eagle. As it were, you can hear DOOM’s influence in Eagle’s rhyme schemes, cadences, flows, and production, with not only Madlib producing the beat for the track “Circuit City,” but also the song titled “For DOOM” is a letter to Mike’s fallen friend. As an avid fan of DOOM myself, I appreciate this project’s efforts in that regard very much, as he was a GOAT to many of us “old heads.” RIP Villain.

The weird, unorthodox, and often comedic stylings of Open Mike, along with his lo-fi, throwback, and simplistic beat selection, are quite refreshing in 2022. Hearing a song like “79th and Stony Island,” where Mike explains who he is and why he is the way that he is—a product of his Chicago and Crenshaw environment, told to get out there and chase the American Dream (whatever that even means anymore)—is relatable to regular people. Most rap music today consists of unfathomable, “Disney-esque” love stories or ultra-violence and gangster dealings between million and billionaires. In contrast, Mike Eagle’s songs like “I’ll Fight You” and “I Retired Then I Changed My Mind” explore his unique mentality while touching on realistic thoughts and feelings that average people have every day.

A couple of other highlights of this project lie within the songs “Burner Account” featuring Armand Hammer and “Kites.” The former has an impeccable lyricism and a beat that really slaps. The latter song “Kites” is rather genius, consisting of a series of “letters” left behind by Mike and fellow emcees once they’re gone. It is one of those songs I feel like I will carry with me for the rest of my life. Staying true to myself, as I always do, I will offer one criticism of Component System, that a lot of the songs were fairly short and similar. Although every track does bleed together seamlessly, I can understand how these sorts of songs can be an “acquired vibe,” if you will, especially in this day and age. Still, if you’re a fan of the abstract, obscure and old school like me, and if you were a fan of MF DOOM, then Component System With the Auto Reverse is a must-listen.