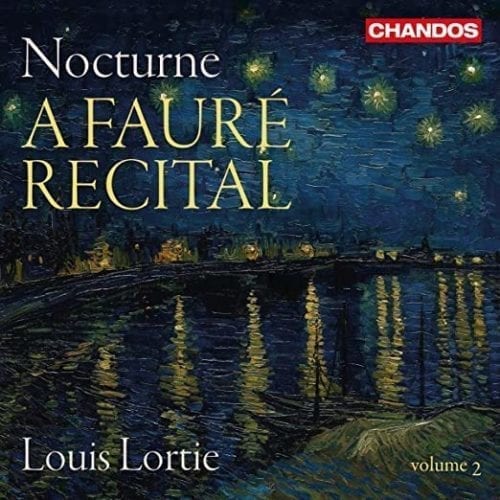 The album Nocturne: A Fauré Recital, by Quebec pianist Louis Lortie, follows Après un rêve, released in 2016, and is the continuation of a series entirely dedicated to the music of Gabriel Fauré (1845-1924). On this album, Lortie visits two of the composer’s major works. First, the Ballade Op. 19 for solo piano (1879) which, despite its charming and pacific character, is endowed with a complexity that Liszt himself felt the need to emphasize. The album also includes the Theme and Variations Op. 73 (1895), which for its part is evocative of Schumann’s Symphonic Etudes. These works are accompanied by a selection of nocturnes and barcarolles. In prelude and postlude, Lortie presents his own arrangements of two movements of the Requiem Op. 48, Pie Jesu and In Paradisium. Lortie’s interpretation is imbued with clarity and, at times, an introspective atmosphere. The same applies to his arrangements, which highlight Fauré’s melodies while respecting their original character.