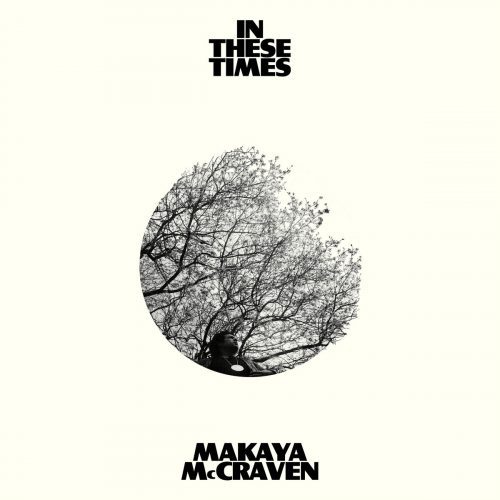 Makaya McCraven is something of a renaissance man. Aside from being a prolific jazz drummer, he is a first-rate composer, bandleader, and producer. Since his debut release in 2015, In This Moment, McCraven has set himself apart as a distinctive voice in jazz and jazz adjacent genres. Alongside his long-term collaborators ​​Jeff Parker, Junius Paul, Brandee Younger, Joel Ross, and Marquis Hill, with the release of In These Times some seven years later, Makaya has arrived at his finest work yet.

McCraven makes music by way of a creative workflow that integrates raw musical improvisations and edit-heavy production techniques to create what he calls “organic beat music,” a strange brew that draws from the wellsprings of jazz, hip-hop, rock, and folkloric traditions from the world over. While he isn’t reinventing the wheel here, this is a method that nods to Miles Davis’ hyper-funk collaborations with Teo Macero, he is nevertheless taking it to new heights. His latest release, In These Times, has been seven years in the making and comes after a string of releases that have allowed him to hone his craft and to see his compositions reach full fruition.

If in his debut outing McCraven used musical improvisations as a springboard for composition, here it is his compositions that lay the foundations for further improvisation. The result is a Makaya album that feels tighter and more deliberate than his previous efforts as there is now a predefined narrative around which to ornament and embellish. Instead of sprawling lengthy numbers, Makaya delivers 11 short self-contained soundscapes that are gorgeously engineered. The narratives themselves are more restrained, and more plaintive in tone, conveying a sort of spiritual longing that Makaya handles with grace. Fans of Makaya can expect a jazzier, more orchestrally oriented sonic excursion with In These Times. The music of Alice Coltrane and Dorothy Ashby seems to have been a point of reference and the album leans heavily on lush harp runs, rich orchestral passages, and even baby sitar for good measure.

As with any Makaya album, the groove is the heartbeat around which his music takes life, and In These Times will have you moving in all the good ways.  The album title itself cleverly alludes to the various time signatures in which McCraven has composed these pieces, and he deserves special praise for making these odd-time signatures not feel so odd after all, lest we forget the man is a self-proclaimed ‘beat scientist’.