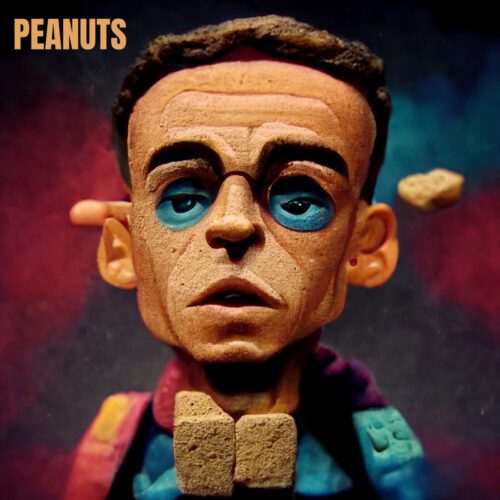 Although rapper Logic has released a beat tape before, this is his first instrumental endeavour credited to his producer AKA, Peanuts. Perhaps indicative of where Bobby Tarantino is headed next with his career, the sort of self-titled beat tape Peanuts, is a delicious little treat for hip-hop heads everywhere. Getting in his producer bag, Logic dropped this 20-track boom-bap slap beat snippet project on his Bandcamp and YouTube channels. Typical of most Logic productions we’ve heard in the past, his beats are a whole throwback every time, teleporting you to the late mid-late 90s or early 2000s. Contrasting Logic’s production style with his rapping style is interesting, as his productions are slow, laid back and old school, while his rhymes are modern, ultra lyrical, and fast-paced. “what’s so funny” is my personal favourite on the tape, as it reminds me of something Gangstarr would make, RIP Guru. Another stand-out track is “I love you phillip morris 4”, where the Grandmaster Flash and The Furious Five’s timeless classic “The Message” is sampled perfectly. I just wished he let this beat play out longer, as it is one of the shorter snippets on the tape.

As far as where Logic’s beats stack up in comparison to the all-time great DJs and producers in the genre, it isn’t even up there, but that is by no means a knock on this project. What Logic set out to do with Peanuts was bring the listener into the room with him during an hour-long MPC jam sesh. Anybody who loves Hip-Hop has sat in a room with friends for a couple of hours, taking turns sampling and freestyling over beats, whether good or bad, and that’s exactly what this tape accomplishes.