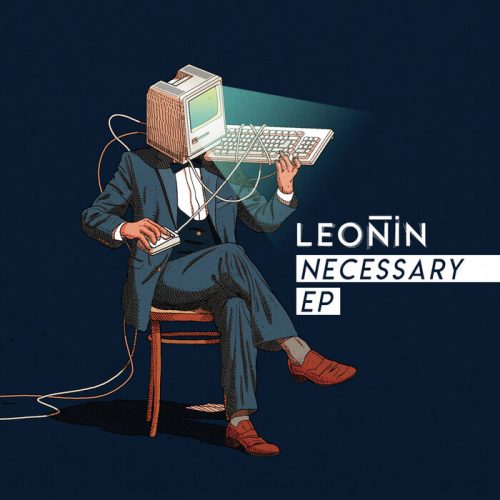 Leonin wants to bring together powerful electro and graceful classicism. With him, house, trance and melodic electro are in harmony with chamber music, string arrangements, the classical tonal system and modern music. Raphaël Coqblin is a French electro producer under the pseudonym Leonin, but he is first and foremost a high-level violinist. A regular member of the Orchestre National de France and the Orchestre Philharmonique de Radio France, he has already performed under the direction of renowned maestros, such as the Finnish Esa-Pekka Salonen and the Venezuelan Gustavo Dudamel. He thus leads a double career, one can even hear him with Benjamin Clementine, Matthieu Chedid (Lamomali), Papooz or Etienne Daho. He was already in electroacoustic composition with the MiniOrchestra with the support of the late Hector Zazou (1948-2008). He then went on to write film music and co-founded the group SatinCoco, whose aim was already to merge classical and electro aesthetics. Necessairy is a continuation of this process, including proofs of virtuosity from the soloist and composer. Elegant, efficient, succinct, tasteful, so French touch.