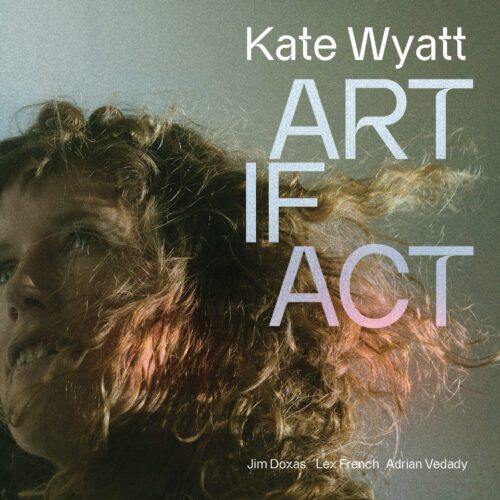 My colleague Alain Brunet has already praised this Montreal pianist as one of the best on the Canadian scene. I will certainly not contradict such an enlightened judgment! Wyatt has musical ideas and a style of playing and writing that is on par with the current jazz piano elite (Mehldau, Yaron Herman, Shai Maestro, Fred Hersch…). A mixture of elegance, curling glibness, emulsion of varied ideas, intuitive and learned, in a structural framework marked out and ordered, a framework wide enough to allow stimulating escapes, but precise enough to avoid scattering. A sort of virtuous compromise between spontaneity and educated intellect.

Wyatt, who exhibits here her personal compositions, except for a Strayhorn standard (A Flower is a Lovesome Thing), has surrounded himself with partners of high stature (in truth, friends and even more in one case!): Lex French and his virtuoso but always measured trumpet, his cushiony timbre that doesn’t disdain the expressive sizzle when it counts; Jim Doxas, a true legend made in Montreal, who distills what I would call his magical thinking into the whole ensemble: an intangible alchemy made of the sublime and the prosaic, transmitted, it seems, by telepathy to the rest of the quartet; and then, Adrian Vedady, ”Mr Cool” on double bass, the reassuring foundation and spiritual anchor of this congregation musically transcended by their Lady’s creations. Vedady, incidentally, is that case I was talking about: more than a friend, he is Kate Wyatt’s spouse. The sense of intimacy that emanates from the interaction between the musicians is even more understandable.

Another album that reveals the plethora of musical richness coming from the Montreal jazz world!

Kate Wyatt will officially launch at the Dièse Onze jazz club in Montreal during the Montreal International Jazz Festival on June 30th at 7pm.